What Keeps Us From Biblical Discipleship? 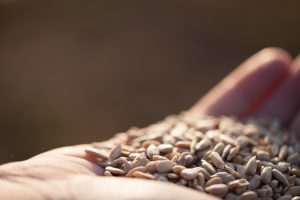 By their nature, most men see themselves as rescuers, protectors, providers, leaders, warriors, and fixers. Men typically avoid involving themselves in any activity that presents even the slightest potential for failure. Men tend to measure life by how successful they are. And, in many cases, being successful means steering clear of failure. Thankfully, God values significance over success. There is tremendous freedom in knowing that because of Christ, men’s failures can be forgiven and erased from God’s memory. The true significance that men have is found in Jesus, and in Him a man no longer has to fear failure. Someone once said, “Failure is success if we learn from it.”

The dynamic tension within men is confusing as they explore “who they are” in comparison to “Whose they are.” A wise pastor or men’s ministry leader will develop strategic opportunities to help men see themselves as their heavenly Father views them. As men grow in God’s love and acceptance, they will be transformed from being social or cultural Christians into true disciples of Christ Jesus.

Now he who received seed among the thorns is he who hears the word, and the cares of this world and the deceitfulness of riches choke the word, and he becomes unfruitful. But he who received seed on the good ground is he who hears the word and understands it, who indeed bears fruit and produces: some a hundredfold, some sixty, some thirty.”
(Matthew 13:22-23)