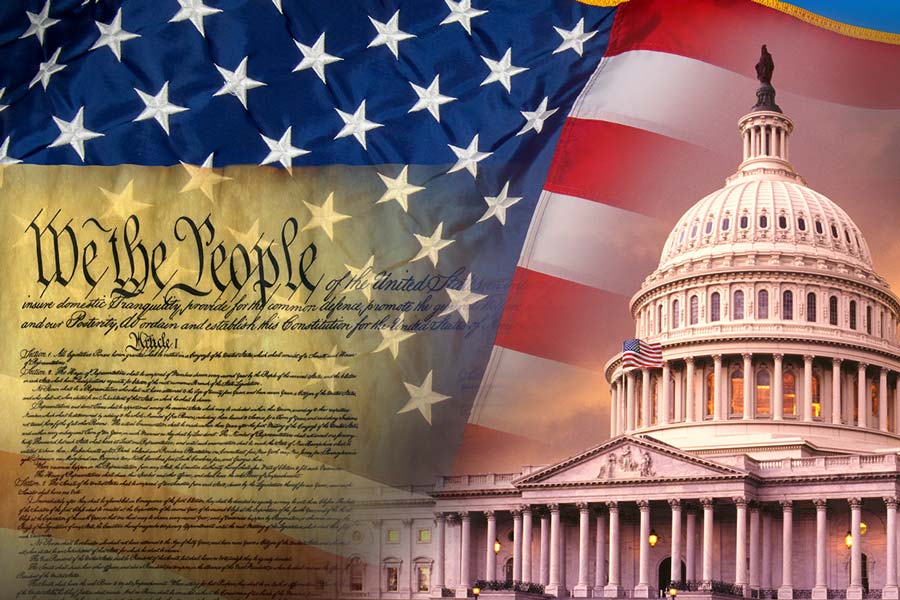 The first president of the United States, in his farewell address, stated an important principle we should consider in reacting to the headlines in our newspapers today, “Unity of government is important to the citizens of the United States because unity supports our independence, peace, safety, prosperity, and liberty.”

If ever there was a time when unity is needed in our faith, country, sports arenas, and families it is now! So many people I meet are discouraged and depressed about life in part because of the lack of unity. Democrats hate Republicans, Republicans detest the media, conservatives are in dispute with the liberals, major league players despise their owners and other teammates who argue about whether to respect the flag, and as a nation we loath nations like North Korea. Critically important to our nation is the distrust and disrespect that exist between the races.

It is interesting how often Scripture speaks about UNITY. The Hebrew word for unity is yaḥad, an adverb meaning “unitedly.” It is used to signify a oneness of sentiment, affection, or behavior, such as should exist among the people of God (Ps. 133:1). The “unity of the faith” (Eph. 4:13; Gk. henotēs, “oneness”) is the unanimity of belief in the same great truths of God, and the possession of the grace of faith in a similar form and degree.

It appears that too many people are becoming selfish and independently minded about life. The concept that “it’s about me” rings loud and clear with the way we treat one another. Is this how God would want His children to act? In the First Century Church, we see that believers took care of one another and those within their influence. Dr. Luke described it this way, “Now all who believed were together, and had all things in common, and sold their possessions and goods, and divided them among all, as anyone had need.” (Acts 2:44-45 emphasis added)

In his letter to the Christians in Rome, the Apostle Paul wrote, “Receive one who is weak in the faith, but not to dispute over doubtful things. For one believes he may eat all things, but he who is weak eats only vegetables. Let not him who eats despise him who does not eat, and let not him who does not eat judge him who eats; for God has received him.” Romans 13:1-4.

As Paul reached out to the Corinthians he stated, “Now I plead with you, brethren, by the name of our Lord Jesus Christ, that you all speak the same thing, and that there be no divisions among you, but that you be perfectly joined together in the same mind and in the same judgment. For it has been declared to me concerning you, my brethren, by those of Chloe’s household, that there are contentions among you. Now I say this, that each of you says, “I am of Paul,” or “I am of Apollos,” or “I am of Cephas,” or “I am of Christ.” Is Christ divided? Was Paul crucified for you? Or were you baptized in the name of Paul? (1 Cor. 1:10-13 emphasis added)

And finally, Paul states to the Christians in Philemon, “But fulfill my joy by being like-minded, having the same love, being of one accord, of one mind. Let nothing be done through selfish ambition or conceit, but in lowliness of mind let each esteem others better than himself. Let each of you look out not only for his own interests, but also for the interests of others.” ( Phil 2:2-4 emphasis added).

Did you catch it? True joy, authentic discipleship, Christian love, and tolerance is found when we seek to be people who desire to be unified. Being unified doesn’t mean we give up our heritage, our personality, or our uniqueness in Christ. It does mean that we seek to be unifiers and peacemakers before seeking the selfish personal desires that disrespect and disenfranchise others. It means that we love others as we love ourselves (Romans 12).

In 1765, suffering Pastor John Fawcett, from Wainsgate England, wrote a wonderful hymn that expresses my sentiments exactly. “Blest be the tie that binds our hearts in Christian love! The fellowship of kindred minds is like to that above.” Next time we get angry with someone who has a different prospective than ourselves remember God’s words.

Have you read Romans 12 lately? What is God saying to you about reconciliation with those people who have different beliefs than you have?

How can you demonstrate a Christ-like love to those who are sitting down when most of the crowd is standing up?