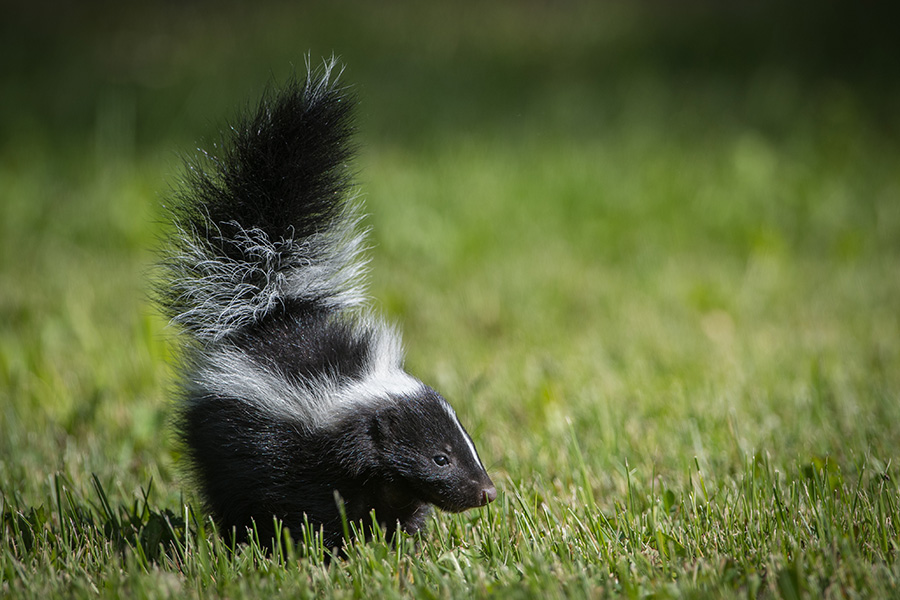 Russell Thornberry, the Executive Editor of Buckmaster Magazine, has many years’ experience as a professional guide and outfitter. One of his favorite fishing memories was about a time when he got skunked… literally.

One summer Russell was guiding two fly fishermen for trout on the famous Bow River. This river flows out of the Canadian Rockies and onto the prairies of southern Alberta. “Things were not going well at all.” “You could not even buy a fish; it was that bad!” says Russell. The combination of high winds and changing weather proved to be a prescription for difficult fly-fishing. After a morning of frustration, the weary anglers took a break to eat their lunch prior to taking a short nap. Normally, Russell would never fish while guiding his clients. His job as a guide was to find the fish and coach the clients on their techniques. Because the conditions were so tough, he figured that maybe his experience and persistence could charm a fish into hitting one of his secret fly patterns. Russell figured that catching a fish might be the very thing to renew the spirits of his clients that fish really do exist in the Bow River.

He made his way down to a section of river where the grass banks formed a high wall on one side of the waterway. However, the wind was overpowering his efforts and whipping his back cast onto the grassy bank. This determined fisherman was not about to quit. Cast after cast; snag after snag he persevered.

After losing six flies, Russell figured that the prairie grass once again snagged his cast. With a mighty tug to free the line, he jerked his rod forward. When he pulled he felt something odd. As he turned his head to check out the line, Russell noticed a ball of black and white fur flying down off the bank and heading right toward him. He ducked in time as the poor skunk landed in the river! Apparently, the skunk mistook the imitation grasshopper for the real thing and sampled a bit of his streamer fly.

We have all experienced those skunked days. Some days it just seems that it would have been better to stay in bed. It is good to remember that our God is a mighty God who encourages us to fight the good fight. We are to keep on keepin’ on!

The Apostle Paul in his first letter to the church in Corinth encouraged Christ followers to fight the good fight. Corinth was a center for open and unbridled immorality. The moral laxness plagued this young church. Paul uses the figure of a boxer to represent the struggles in a Christian life. “I do not fight like a man beating the air. No, I beat my body and make it my slave so that after I have preached to others, I myself will not be disqualified for the prize.” (1 Corinthians 9:27)

Personal Application: What is the battle you are fighting? You can have victory over the temptations in your life if you rely on the Holy Spirit, remain faithful to His Word, and persist in the fight.