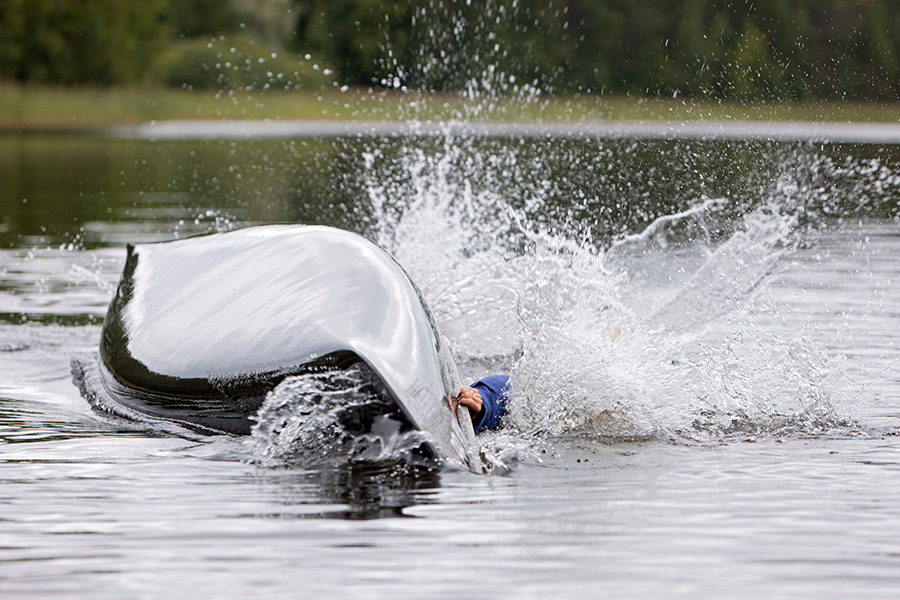 All pro tight-end Brent Jones is one of the most courageous football players to have ever played the game. But it was during many outdoor adventures that Brent learned courage from the man he most admired. Brent’s granddad was a very accomplished athlete who regularly took Brent and his brother Craig to the outdoors to teach them lessons of life.

Once, on a family fishing outing with his granddad and brother their canoe overturned in the swift current of Hat Creek in northeast California. The icy water temporarily paralyzed the fishermen as they tried to hang on to their gear and the side of the canoe.

The fast current pushed the men toward shore where they stumbled onto dry land. “Granddad did not come out until everyone was safely on shore and the gear had been secured. After he reclaimed all our equipment, Granddad guided us to an area where we caught several nice trout. He wouldn’t let us go back to camp empty handed, wet and licking our bruises. We continued on to conquer our fears and accomplish the goal of catching some fish for dinner.” Brent had seen this feisty spirit before as he watched his grandfather participate in sports and attack his daily work. His fearless nature and courageous heart provided Brent with a model that would help guide his life.

There are a least two types of courage. First there is the attitude or ability to deal with anything dangerous, difficult, or painful, instead of running from it. Next is having boldness to do what one thinks is right. Both definitions fit the profile of Brent Jones.

I think of people like Joshua as he faced the trials of leadership; Abraham, leaving his homeland to follow God and seek out a country he had not known; Gideon, attacking the armies of the Midianites and Amalekites; Daniel, being persistent in prayer despite a conspiracy to cast him into the lions’ den; Nehemiah, refusing to cow to the threats of those who wanted to stop the rebuilding of the temple; James, being willing to die for Jesus; Paul, going to Jerusalem, despite knowing that bonds and imprisonment awaited him; and David, challenging Goliath who defied the armies of Israel.

In the land of Israel, on the football fields of America, and in your home or workplace there will be those who will challenge your faith and strength. There will be people like Goliath who defy God and everything good. No matter who you are, your calling as a follower of Christ is a courageous one. To truly follow Jesus is not for the faint of heart. Get in the game with courage!

Personal Application: Someone once said, “Courage is not the absence of fear, but the conquest of it.” What are you facing in your life right now that requires courage? Also, courage is contagious, so hang around other courageous people.