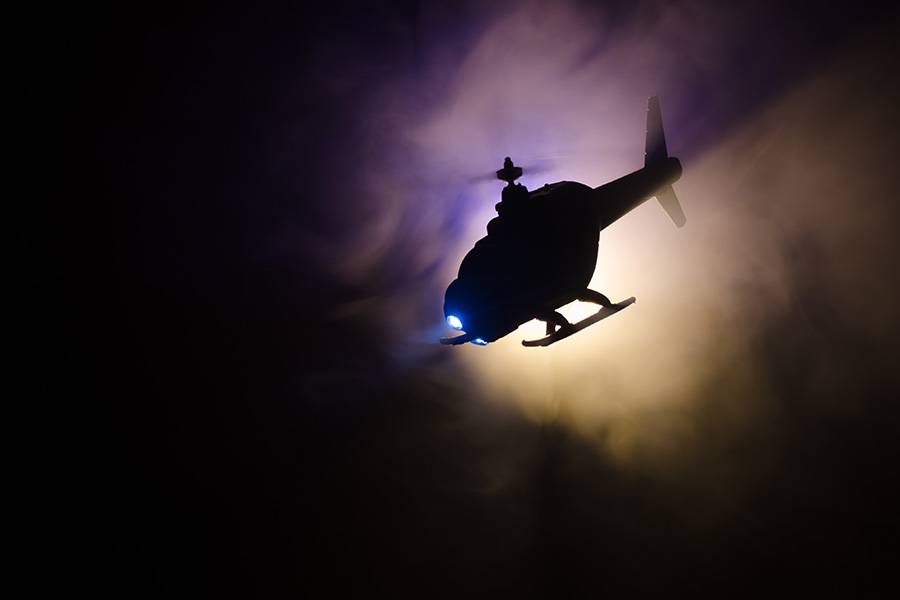 I opened the Christchurch morning newspaper to the article that read “Copter missing over N. Canty.” It was difficult to swallow my gulp of coffee when I realized that this article was about our ordeal the night before.

We had been hunting in the mountains of New Zealand for the elusive Tahr (a type of mountain goat). At one point, the pilot set the helicopter down on top of a mountain. In the process of organizing our gear my rifle barrel accidentally struck the rotor blade. Because of the dented blade, the pilot rendered the helicopter unfit to fly. He set the transponder of the helicopter to alert the world that we were in a desperate situation.

Our guide decided we needed to try to get off the mountain to avoid the freezing temperatures that would come with nightfall. The moonless night added to the worry, as we wondered if there was enough light to see our way down the steep slopes.

We were neither dressed nor prepared for an extended mountain climb. We had to survive with what we had. Quietly, we each prepared for the arduous climb off the mountain. We were at 9,000 feet and needed to climb down approximately 4,000 to 5,000 feet to reach the valley floor, where we hoped to find an abandoned shepherd’s hut.

I suggested that we pray and ask God’s guidance and direction. Then, with limited light, we began to climb down the mountain. After passing the dangerous cliffs, we endured the thick brush that whipped and thrashed us on our descent.

I had little to eat or drink during the day due to an upset stomach. The lack of reserve energy added quickly to my fatigue, and my body became so weary that on three separate occasions I had to sit down and evaluate whether I could go on.

At about 11 p.m. the temperatures fell below freezing. Cold and frightened we finally reached the hunter’s hut. We were able to start a fire and dry out our wet clothing while trying to recuperate from the ordeal.

About 1:30 a.m. that night we heard the familiar sound of a helicopter. As we peered out the window into the blackness of night, we could see the searchlights of a rescue helicopter that responded to our transponder. This rescue crew had flown out through the darkness of night and jagged mountain passes to search for our party.

Except for some bruises and minor cuts, we miraculously escaped severe injury or death. Once again, I realized that my salvation (both physical and spiritual) is was due to the mercy and grace of God Almighty.

Personal Application: The Lord truly is our “refuge and strength.” Trust Him and rely on Him in all that you do today.