How Do You Respond to Unexpected Troubles?

A righteous man may have many troubles,
but the LORD delivers him from them all… 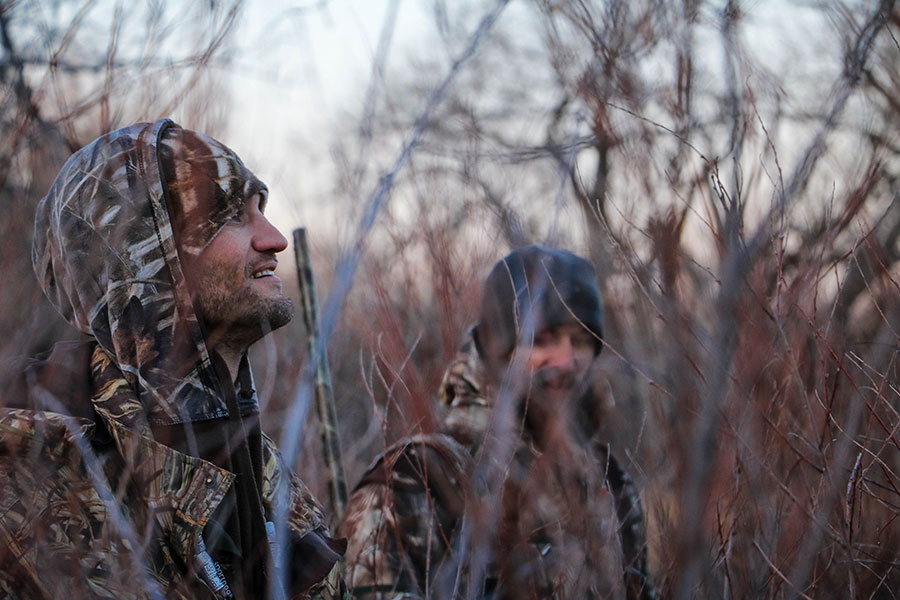 The renowned editor of Buckmaster Magazine, Russell Thornberry, once made his living as an outfitter and guide in the Canadian province of Alberta. His recollections of the various difficulties he experienced are worth repeating.

In late September of 1974, Russell was with a client, hunting for the elusive Bull Moose. As they made their way through the black spruce muskeg, they started calling for the big bull. Suddenly a hush fell over the area and a strange feeling settled in on the hunters. With rising intensity, a strange beating sound began to fill the woods. Looking up, Russell saw some movement in the distance. Within minutes the brush all around the two woodsmen began to stir. “Before I could comment,” remembers Russ, “a pack of wolves were standing in a semi-circle around us. The sound we heard had been the panting of the running wolves. It all happened so quickly that it seemed almost imaginary.”

Once the wolves realized the hunters were not a moose, they fled as quickly as they appeared. While Russ brushed it off as an unusual encounter with nature, his client was not so sure.

Two days later at dusk, the two were hiding in a pile of dead trees, calling for their forlorn moose, when the brush behind the two hunters snapped and popped. Expecting a big moose, they slowly turned to get a better look at the intruder. Bull moose sometimes tip toe in on an unsuspecting hunter who is calling.

To their amazement, a huge black bear reared up on its hind legs just six feet from them. The men screamed in horror, firing a warning shot in the air. The bear instantly vanished and the hunters danced a jig of relief and uncontrollable nervous tension — half crying and half laughing.

The client just couldn’t believe that these events were exceptional occurrences and decided he most likely would never hunt again. In fact, his confidence in becoming an outdoorsman was so shaken that he probably never left the comfort of his penthouse apartment again.

Unexpected difficulties — we all experience them. How do you handle your problems? Many people believe that once you become a Christian, all your troubles go away. This illusion is simply not Biblical. What we can count on with absolute confidence is that God is in control and He is with us during times of trouble. From Jesus Christ we can draw strength, wisdom, and endurance — even joy! Many physical, mental, and spiritual resources are available to us as children of God.

Let’s look at today’s unexpected difficulties as opportunities to learn more about our faithful, loving Lord and Savior, Jesus Christ, and ourselves. Only then can we find peace and comfort.

When troubles come, and they will to all of us, dwell in God’s word. You will find comfort and strength in the power of how His saints have overcome and triumphed during tough times. “I have told you these things, so that in me you may have peace. In this world you will have trouble. But take heart! I have overcome the world.” (John 16:33)

Know that God loves you and is with you during all those challenging days. “And we know that in all things God works for the good of those who love Him, who have been called according to His purpose.” (Romans 8:28)

Thank God that He is in control. Ask Him to help you see how He is working in your life when you face trials so that you may be filled with joy and peace.