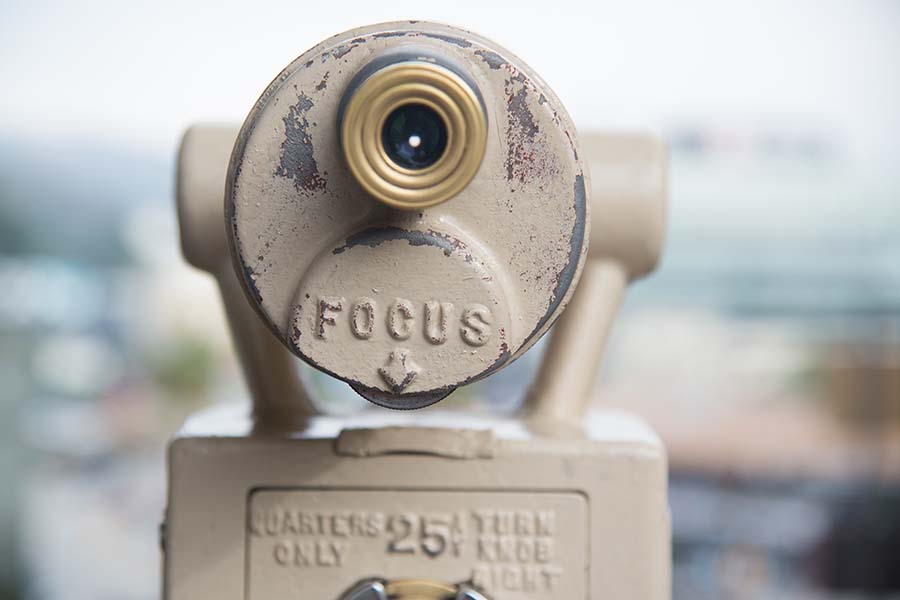 The mind is a powerful thing. Wherever it’s focused, we seem to follow. Legendary Alabama coach, Bear Bryant, told of a unique moment in “Bama History” when, with two minutes remaining in a critical game against their rival, a miracle of the mind happened.

Alabama was first and ten on the opponent’s twenty-yard line. With a five-point lead and no time-outs remaining for either team, the starting quarterback took the ball on a quarterback sneak and was hit hard. He was in too much pain to continue. Coach Bryant found his rookie quarterback and instructed him, “This game is ours if you do what I say. Rush the ball all three downs. Do not under any circumstance put it up in the air. Even if we don’t make a first down, there will be so little time left on the clock, that our defense will hold them until the game is over. Do you understand? I don’t want you to put the ball in the air.”

With a big gulp, the quarterback responded, “Yes sir; I understand. Don’t put the ball in the air.” He ran onto the field, and immediately called an off-tackle play, gaining no yards. On the third down, he executed a quarterback sneak, gaining one yard. On the last down, with just seconds remaining in the game, he once again called an off-tackle play. This time the running back missed the hand-off, leaving the ball in the quarterback’s hands. The frightened rookie looked up to see his tight end frantically waving his arms in the corner of the end zone—wide open. He knew all he had to do was lob a pass to the end zone and the game would be over.

What he didn’t know was that it was a trap! An All-American safety had intentionally let the split-end roam free, hoping the quarterback would throw in that direction. The safety had lightening quick speed and planned to intercept the ball. As the pass was released the safety moved towards the ball with the speed of a cheetah. The graceful defensive back snatched the ball and began his 100-yard journey to Bama’s end zone. The quarterback was the only person who had a chance to tackle the elusive defender… which he finally did… on his own two-yard line… just as the whistle blew, ending the game.

After the game, the two coaches met on the center of the field to exchange handshakes. The perplexed coach of the opposing team asked Coach Bryant, “According to our scouting reports your rookie quarterback is not very swift on his feet. How on earth did he catch our All-American safety—one of the quickest guys in college football?” Coach Bryant responded, “Your All-American safety was running for six-points. My boy was running for his life!”

As Christians, even with the best of intentions, we can become distracted and easy prey to temptation. However, when our focus is on God, we can be unstoppable! God’s Word tells us to be single-minded in purpose, focusing our thoughts on what is good, and sticking with it!

Personal Application: Where’s your focus? What has you distracted? What’s consuming your thoughts? Keep your focus on Jesus and His Word.