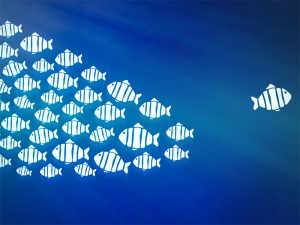 Much like the Israelites of old, we all face those “desert times” that might cause us to doubt God’s promises.  There are times when you might feel the pressures to compromise are just too great.  Maybe your concerns deal with mounting financial burden.  Perhaps your pain centers on the loss of someone close to you.  To some the constant stress related to a failed relationship is almost unbearable.  And then there is always the job stresses.

Caleb was one of the spies whom Moses sent to explore the Promise Land. As you recall, Moses had disobeyed God and by his act would not join the group into the Promise Land. Upon returning from their exploratory trip Caleb and Joshua reported their findings and that the Israelites needed to be obedient to God and trust Him to enter the land of the giants.

Caleb and Joshua took a strong position with the crowd but the other spies insisted that such a mission would be too dangerous.  The other spies convinced most of their generation to side with them.  Because of their disobedience, the entire generation died in the wilderness except for the two who believed God’s promises.

The secret to Caleb’s faith was perseverance.  Caleb refused to go with the majority opinion when it contradicted what he knew to be God’s will.  Because of his faithfulness to follow the will and plan of God Caleb never lost his spiritual edge and focus.

Like Caleb we need to stand strong for God’s truth, no matter what the rest of the world is telling us.  We need to persevere in our faith and obedience knowing that most of the time we will be swimming against the social current.

Some Bible verses that speak to perseverance bear repeating.  Let’s cling to our faith and God’s word.

The Apostle Paul had a similar warning to the Christians of his day.  Read Galatians 1:10 and see what it says about following the crowd.

Today there are many false religions and charlatans who want us to follow their unbiblical doctrines.  One such popular group is found in the Redding area.  Be wise and test any man’s word against what Scripture tells you.

When in doubt about a churches doctrine or something said by another Christian that doesn’t sound right test it with mature believers, pray that God will give you wisdom on the matter, and ask your pastor to help you better understand what is truth.