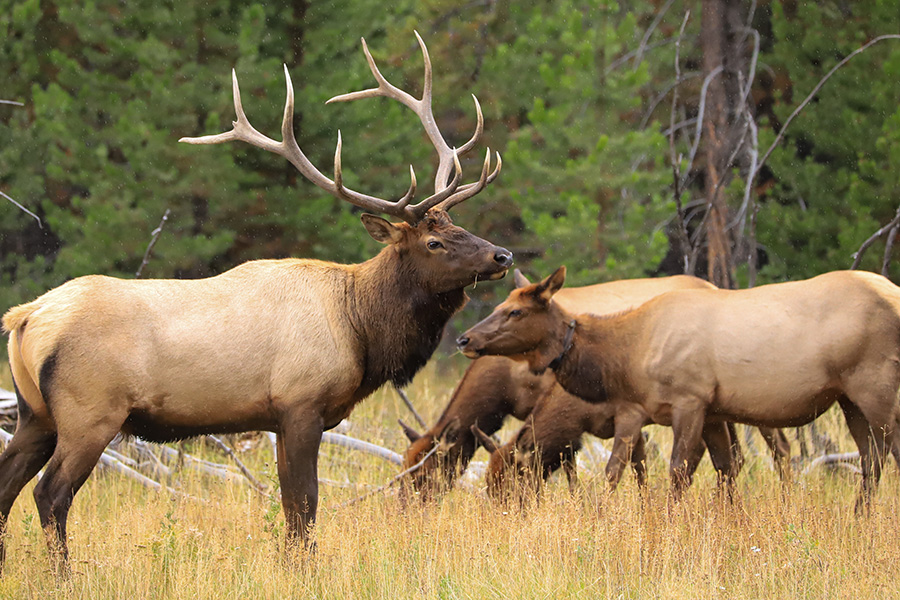 Gus Bess is one of the most dynamic pastors I have ever had the opportunity to work with. He manifests a passion for everything he does, including bow hunting. When Gus was pastoring near Bellingham, Washington, he regularly saw some large elk feeding next to a small wooded area. Whenever he stopped his car and got out, they made their way through the woods and escaped to the open area on the other side.

One day Gus decided to have Danny, his 14-year-old son, help him set a trap for the wary elk. They both piled out of the car and looked around, but no elk were visible. Gus told his son, “You give me about 10 minutes to walk around to the back of the woods, then you start walking to the front part where we’ve previously seen them feeding. Maybe they’re back in the woods and you’ll scare them to me when they run out.”

Gus moved quickly to his position and nocked an arrow. Then, he waited and waited, wondering if his young son was ever going to walk through the woods. Suddenly he heard the familiar beat of hoofs running across the forest floor. But as he listened, it became apparent that the elk moving away from him. Concerned for his son, Gus ran through the woods to see Danny standing perfectly still, eyes bulging out of his head.

“Son,” Gus yelled, “Are you all right?” “Yeah Dad, I’m just scared.” Gus could see the fright in the boy’s face. “What happened?” “Well Dad, I did just what you said. I waited about ten minutes and started walking towards the woods when I stepped right into the middle of an entire herd of elk bedded down. The six big bulls jumped to their feet, acting like they wanted to fight me. They were snorting and digging at the ground. I was scared stiff; I didn’t know what to do.”

Gus figures that, once the elk scented the boy, they ran off away from both Danny and Gus. As the two men now recall this adventure, they are reminded how, even in obedience, we can find troubles. Danny was obedient to His father, but things didn’t turn out the way he expected.

We often suffer as a consequence for our disobedience, but to suffer for righteousness is a special blessing. Suffering for good, for obedience to God’s Word, can still be very difficult: we don’t get the promotion, we’re left out of a group gathering, or we’re mocked, simply because we’re trying to live a righteous life as a follower of Christ.

Peter wrote, “It is better, if it is God’s will, to suffer for doing good than for doing evil. For Christ died for sins once for all, the righteous for the unrighteous, to bring you to God…” (1 Peter 3:17-18) Let us be obedient to our Father, knowing that He loves us especially when we suffer.

Most of us in America do not routinely suffer due to our witness for Christ. But thousands throughout the Muslim world and in countries like India, China, North Korea, and Nepal suffer harassment, imprisonment, confiscation of goods, and even torture and death. Spend time praying for them today.