When the Goin’ gets Tough, Do You Stick Around?

“Greater love has no one than this, that he lay down his life for his friends.” 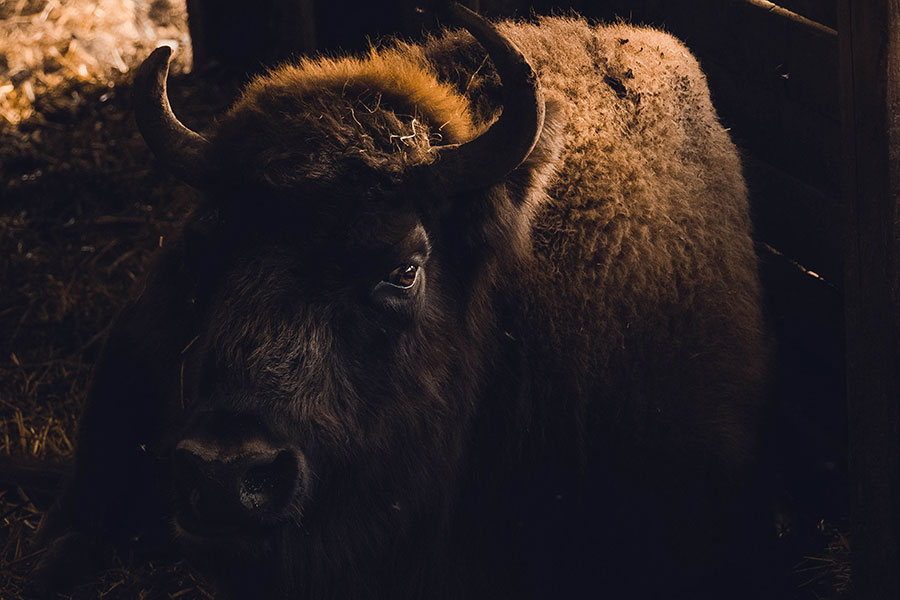 Last week’s devotional reminded me about friendship. I fondly recall a hunting trip to High Point Buck Ranch, near Moose Jaw, in the center of Saskatchewan Canada. High atop this Missouri Plateau, where rolling hills give way to naturally forested valleys, I joined a small group of board members and friends, hunting for world-class elk, buffalo, and fallow deer.

God chose this place to teach us more about His great creation… and godly friendship. There were eight hunters in our party; most were archers. During our four-day stay, we harvested eleven animals: 6 trophy elk, 3 giant buffalo, and 2 beautiful fallow deer. All the trophy whitetails scampering about were left for another trip. Many stories have come out of that trip, but my favorite is about an ornery buffalo named “Nasty,” and his trusty pal.

For months, Rick and Michele Nestman, the owners and operators of this unique guest ranch, had told me about a defiant herd of buffalo and one they called “Nasty.” The bull had a difficult disposition, regularly knocking over fences and chasing hunters off the property. I had secretly dreamed many times about bringing down Nasty with my 60-pound Mathews Bow and 100 grain Muzzy Broadheads. I could hardly wait.

A few in the group arrived a day earlier than the rest of us. My longtime friend, Greg, had a chance to size up Nasty before I got there. When I arrived, my feet hardly hit the ground before he approached with a Cheshire-cat grin and said, “Well Jim, I saw Nasty… and I just have to have him!” I felt a pang in my chest and swallowed hard. Immediately recalling Greg’s generous heart, and how many times he had sacrificed for me. I conceded, “Nasty is all yours! I’ll even back you up with the cameras.”

The next morning, it was on! Greg was the first up to greet the day, preparing himself for his great buffalo hunt. Leaving my bow behind, loaded the cameras, gulped down a cup of coffee with Rick and Greg, and headed off to the lower pasture to meet up with the 2000-pound bull. After a short stalk, Greg lowered himself into a prone position for his shot. I focused the video camera on Greg and easily observed just how important this animal was to my good friend. Looking through his scope, Greg carefully adjusted himself for the best 100-yard shot he could muster. With the squeeze of the trigger, his 30–06 rifle barked out, and ole Nasty tumbled over without a twitch. We were so excited!

Then, we noticed that all the other buffalo were surrounding Nasty… and were not pleased. Rick’s son, Craig, grabbed the 4×4 quad and attempted to chase off the remaining angry buffalos. Despite his extraordinary efforts, one large devoted bull remained with Nasty. Realizing this animal could be quite a challenge, I convinced Craig to leave him alone — I’d get my bow and take care of him. I sprinted to the cabin, grabbed my bow, some arrows, and broadheads, and quickly double-checked my sights on a portable range. Returning to the area where Nasty had fallen, I began to stalk the second biggest buffalo and decided to call it Nasty II!
This guy must have been a relative of Nasty’s; he wasn’t about to let me within bow range of his fallen comrade. I positioned my friend Bill, an excellent marksman with his 300 Win. mag., about 125 yards out and told him to take the powerful buffalo down if he started to charge me at any point.

I carefully moved in on Nasty II and waited for the bull to turn and look back to his fallen comrade. When he did, I pulled back my bow and took careful aim. The arrow’s forty-yard flight was true and hit exactly where I had aimed… sort of. Unfortunately, Nasty II had lifted his front leg as I released. The arrow hit just above his elbow and buried itself an inch deep into his humus bone. He took off, retreating. Bill, a bit anxious, fired a warning shot, but fortunately missed me and the animal.

I knew the arrow wasn’t lethal and that I would have plenty of time to hunt the angry animal down. I started walking back to commiserate with my friends when I suddenly noticed the bull reappearing from the thick brush. He was not going to leave his friend. Talk about loyalty! Nasty II was committed to protecting his fallen friend from further harm — or at least that’s how I saw it.

I moved in for another shot. He spotted me and got really agitated, snorting and stomping the ground. This 1400-pound, freight-train-like beast raised his tail, signaling for attack. I moved closer. When I got about 45 yards from him, he decided to change position, attempting to move to a little higher ground as he did, I placed a shot through his lungs. He ran for about 120 yards and fell over dead.

It later occurred to me that Nasty II had shown the kind of dedication, courage, and devotion we all look for in a godly friendship. I want to be that kind of friend, too! It challenges me to look a little closer at myself:

The truth is, I’d like to say “yes” to all of those, but I don’t always do these things perfectly. In fact, there’s only one Friend I know who does: Jesus. What devotion. What commitment. What perseverance and sacrifice. What a Friend we have in Jesus!

How do these verse resonate with you?

Ask God to give you the character you need to be a godly friend. Seek ways to re-engage with past friends who might need your encouragement.