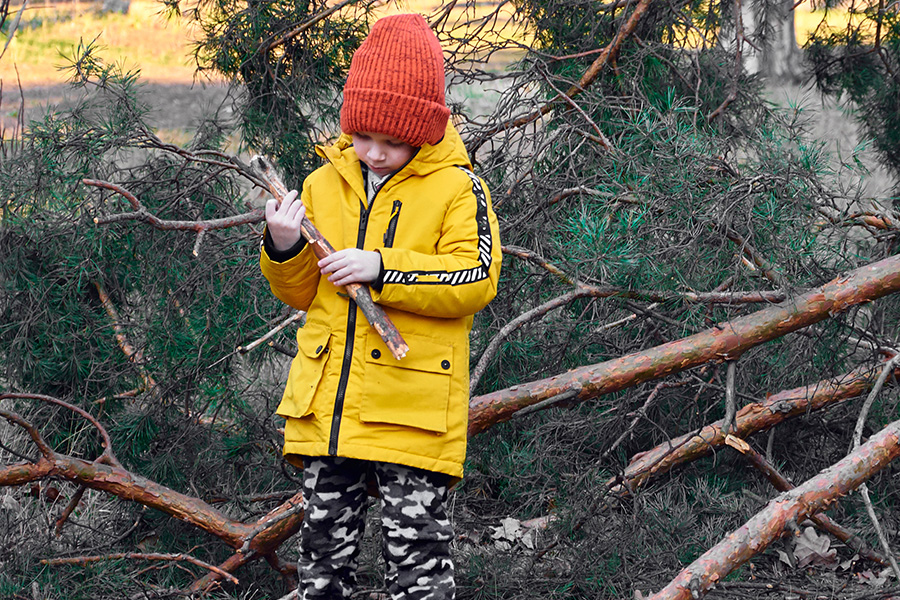 My friend Rob Fischer tells a humorous story with a poignant moral:

Some years ago, I took my grandson Parker on his first hike in the woods. He was just four years old at the time. We had no sooner gotten into the forest when Parker spied an interesting stick that he just had to have. He picked it up and we walked on.

Parker was soon distracted with all the wonderful sticks he was finding on the ground. I tried to limit him to three, but he would have none of it. Soon he was having difficulty walking because he now had a sheaf of sticks clutched to his chest with both arms.

So, I tried the safety ploy and explained to him that I didn’t want him to trip while trying to carry all those sticks. He thought about it for a moment, looked at me and saw that I wasn’t carrying anything. So, he asked me with his puppy-dog eyes if I would carry some of his sticks for him and ease his burden.

I consented to carry some of his sticks but asked him to refrain from gathering any more. Also, I secretly decided that for every new stick he picked up, I would surreptitiously discard one.

The climax came as we were nearing the end of our hike. We were climbing through a labyrinth of large rock formations and Parker picked up yet another stick. In response, I placed one of the sticks I was carrying on a high ledge of rock, hoping that Parker hadn’t noticed. But to my dismay, he had caught me in the act!

Parker asked me very seriously, “Grandpa, what did you just do?” I chuckled as I confessed that I had discarded one of the sticks I was carrying. He asked me to show him which stick it was, so I reached up for it and showed it to him. And Parker, in all seriousness, said, “Grandpa, that was my favorite stick!” I had to laugh out loud as I handed Parker his favorite stick!

When I got home, I started thinking about our hike together and the fact that Parker’s infatuation with sticks is not much different from what we do as adults. We constantly fill our lives with the next best “shiny” thing that we just must have, and we load our calendars to the hilt with so many activities that we don’t have time to breathe.

The result is that we’re so weighed down by all our stuff and our over-booked schedules that we become distracted and unfruitful. Jesus warned, “The worries of this life and the deceitfulness of wealth choke the word, making it unfruitful.” (Matthew 13:22)

How about you? Are you trying to pick up too many sticks?

Take a good long look at your life right now. To what extent have you become distracted and unfruitful? Pray and ask God what you can give up or give away.