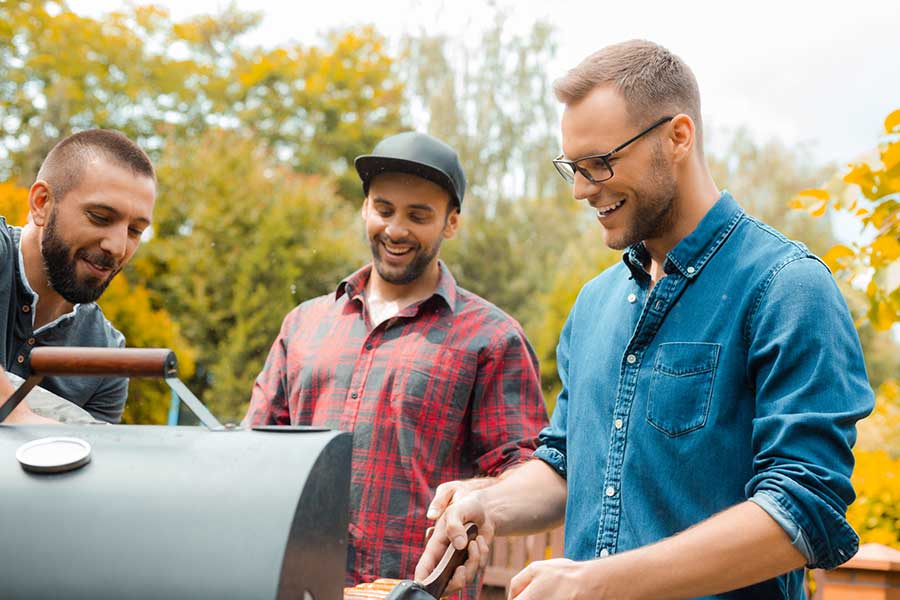 Godly examples of men and women in our life provide us with a powerful motivation and pattern for pursuing Christ. Especially when we are young, we simply mimic the example of others, often without conscious thought for what we’re doing. We simply do what they do. My friend Rob shared with me some of the men who served as examples in his life.

When he was in the first grade, a girl in his class invited him to attend the Boys Brigade meetings at her country church. Rob attended and met her dad and his brother. The two McClellan brothers were carpenters by trade, lived exemplary lives and invested in boys and young men training them how to follow Jesus. Rob was deeply impacted by their example.

Then, in the sixth grade, Rob’s Sunday school teacher was a man named Buzz Sawyer. Rob remembers Buzz as “a machinist who always had dirty fingernails,” but he loved God and he loved the boys he ministered to. Buzz was humble and sincere as he taught God’s Word to these young men. Rob gained a love for God’s Word from watching Buzz.

In high school, Rob’s Sunday school teacher was a man named Dick Plaep. Dick was a probation officer and volunteered for Youth for Christ. He was a big guy who had played tackle on a college football team. Dick’s manner was loving but direct and he challenged Rob in his walk with Jesus.

Dick introduced Rob to Larry Anderson, who was Director of Youth for Christ in Minneapolis at the time. Larry invited Rob and some other teenage boys on a canoe trip in the Boundary Waters area in northern Minnesota. One night in camp as the boys sat around the fire, Larry challenged them to go all out for Jesus. Rob declared before the others that night that he would follow Jesus whole-heartedly.

Some years later, Rob was in basic training in the Army. He was selected for the Special Leadership Training Program. One of his instructors was a veteran combat soldier, a Black man named Drill Sergeant Roosevelt. Rob held this man in high esteem and learned much about leading men from him.

I hope you see a pattern here. All these men were regular guys from a variety of backgrounds and walks of life. They all lived their lives with integrity and purpose knowing that the way they conducted their lives would help lead others closer to Christ. Their lives made a difference.

Paul was Timothy’s example and mentor. He wrote to Timothy, “Don’t let anyone look down on you because you are young, but set an example for the believers in speech, in conduct, in love, in faith and in purity.” (1 Timothy 4:12)

I wonder, who is watching you or me today?

To what extent do you conduct your life knowing that you serve as an example to others in following Jesus? It’s never too late to start living an exemplary life as a Christ-follower.