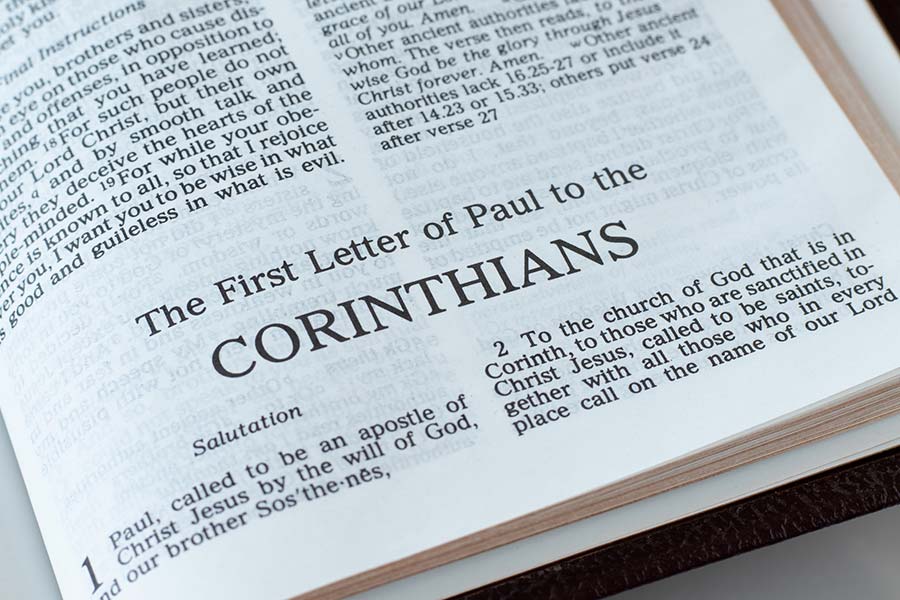 When Paul wrote his first letter to the church at Corinth, it was not a letter glowing with praise for their faithfulness and purity in following Jesus. Instead, Paul had to reprimand them for falling back into worldly ways and for living to please their fleshly desires instead of pleasing God.

Paul’s letter exposed their pride; a case of incest in the church that they willingly tolerated; lawsuits among church members; marital problems; fighting within the church, and a host of other sinful issues.

In chapter six, Paul reminded them that “wrongdoers will not inherit the kingdom of God.” Then, he went on to list despicable sins—sins which God’s judgment will rightly condemn. But immediately following that list of awful sins, Paul wrote some remarkable words, “And such were some of you. But you were washed, but you were sanctified, but you were justified in the name of the Lord Jesus and by the Spirit of our God.” (1 Corinthians 6:11 NKJV).

Forty-five years ago, I met a man in the church I attended. He was married with two children. He prided himself in how much he read and studied the Bible, and he knew God’s Word quite well—in his head. But through a series of events, it came out this this man, who was a long-haul truck driver, had mistresses all along his route. Additionally, he had pedophile tendencies and had sexually molested his young niece.

When his deeds came to light, he spent time in prison for his crimes. He lost his family and friends. For many years, he simply disappeared off anyone’s radar. Then, a few months ago, he asked to meet with me. At first, I was repulsed by the idea, knowing what he had been. But when I met with him, I found a transformed man.

This man who had formerly been brazen in his sexual sin and spiritual pride, is now humble and contrite. He is a broken man—but in a good sense, for he had humbled himself before God. Today, he is a man who is fully aware of how depraved and sinful he had been and how merciful and gracious God is. As a result, he praises God daily for His forgiveness and cleansing.

Where do you stand in your relationship with Christ? Are there sins in your life that you still engage in, knowing how much they displease the Lord? If so, confess those sins. Humble yourself before the Lord, and by His Spirit, live for Him in all you do, walking in freedom knowing that you are forgiven and cleansed.