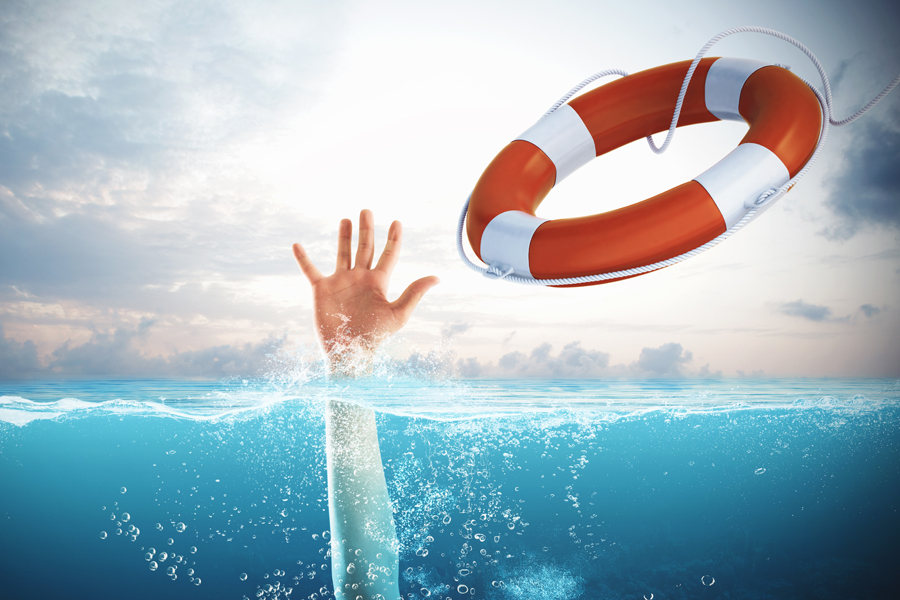 One of my favorite programs on television is the spine-tingling reality series Deadliest Catch. On one memorable episode, deckhand Travis was just doing his job on the fishing boat Trail Blazer when the cold weather and the high waves knocked him into the icy waters of the Bering Sea. When he hit the water, it was as if a thousand needles had hit all over his body. It looked as though he could not catch his breath. I’m sure his heart was pounding, and he was scared-scared to death.

The crew of the Time Bandit (which was another crab-fishing boat in the same area) had only a few minutes to pull him out of the water before he would become unconscious and drown. They were also dealing with the possibility that Travis would go into shock and extreme hypothermia even if they did get him out in time.

With panic in their hearts and a determination to rescue their fellow fisherman, the crew of the Time Bandit moved quickly. They were able to throw Travis a rope that he held onto with every bit of energy he could muster. As he was pulled on board and his body lay shivering on the deck, Travis went into hypothermia, and he temporarily lost his ability to move his arms and legs. Later, however, he sat in the galley mumbling his heartfelt thanks to the crew and hugging each one of them – and at that moment Travis began to weep uncontrollably.

Later a crew member was overheard saying to the captain, “I wasn’t going to let go of him…The last time this happened, we pulled a dead guy out of the water. This time we got him.” The courageous crew members, who worked on a different boat than Travis, sacrificed their safety for the life of someone they did not know – and Travis lived because of it.

Ask the Lord if there is someone who needs your hand to pull him on board. It might take some sacrifice, but there’s a life at stake.

Taken from The Spiritual Mentor, by Jim Grassi