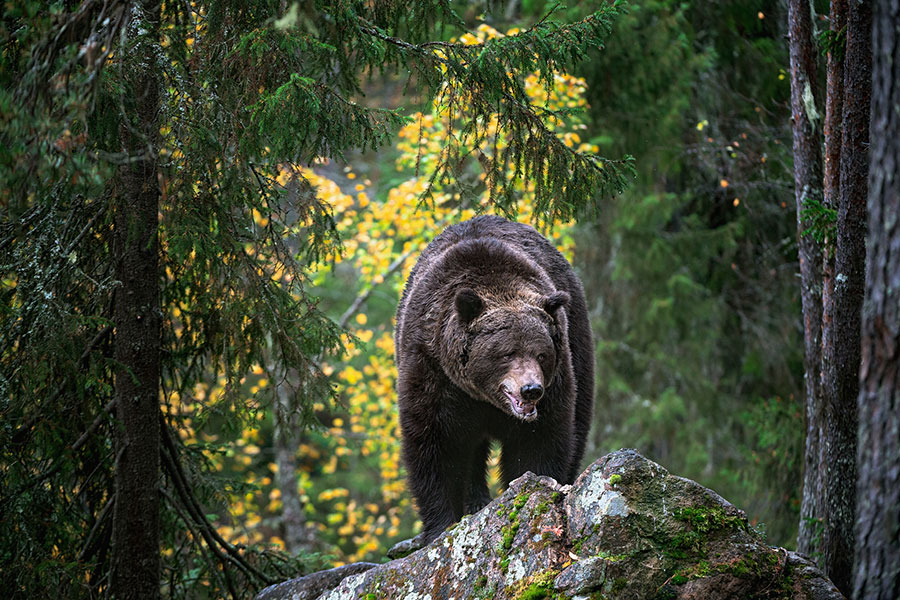 Les, a friend of mine, grew up in Kodiak Alaska. Kodiak is known for its enormous brown bears. But the island is also teeming with black-tailed deer and my friend is an avid hunter.

Some years ago, Les took his 12-year-old grandson on his first deer hunt on Kodiak Island. Having reached an area they were planning to hunt, Les pointed to some trees a few hundred yards away. Then he told his grandson to walk around the trees to the far side. Les explained that once he was over there, he would work his way through the trees hoping to flush out some deer for his grandson. So, his grandson took off and circled the trees, disappearing from sight.

Then, in the stillness of that vast wilderness a single shot rang out. Clearly it was Les’ grandson who fired the shot, and then all grew quiet again.

Les hurried to get to his grandson and found him on the ground on his back, but unhurt. Just a few yards away from him lay the carcass of the huge brown bear. Having feared the worst, Les was beside himself for joy and wonder over finding his grandson alive and unharmed. Les asked the boy what happened.

His grandson explained that he had not seen the bear until it was almost on him. The bear startled him so, that he backed up, tripped over a log, and as he fell, his rifle went off downing the bear with a killing shot! I’ve heard stories of hunters putting multiple rounds into a brown bear and still not taking it down. For Les’ grandson to have taken down the bear with one, random shot was nothing short of a miracle!

We don’t walk away from an incident like that without an enormous boost to our faith. In times like that we realize how great God is and how much He loves and cares for us. Our hearts are filled with praise and thanksgiving to Him for His goodness toward us.

In a similar vein, David cried out, “Lord, our Lord, how majestic is your name in all the earth! You have set your glory in the heavens. What is mankind that You are mindful of them, human beings that you care for them?” (Psalm 8:1, 4)