Are You Ready to Fight?

Therefore, since we have such a hope, we are very bold. 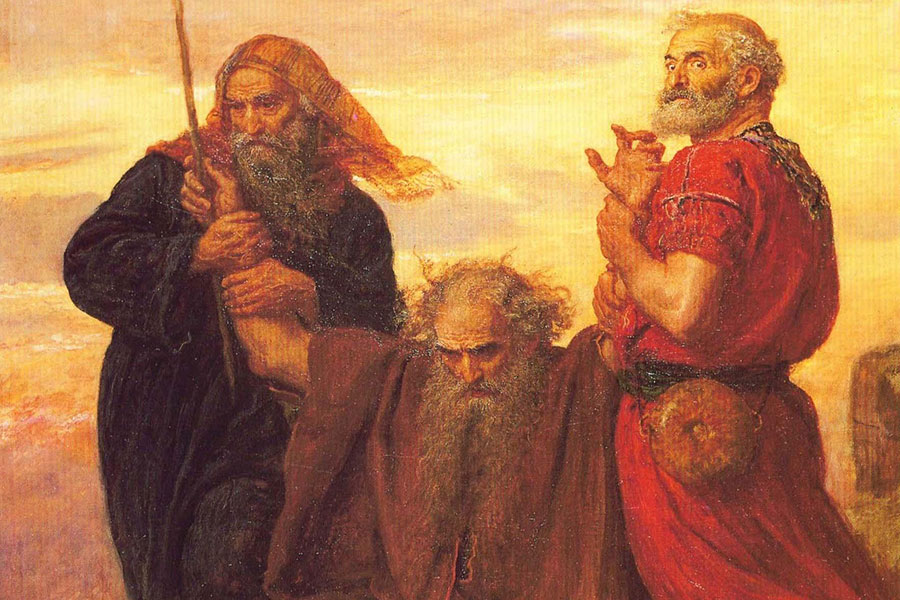 Recently, I thought about the blessings God has given our family and ministry during the past few decades, and I was reminded of God’s faithfulness to another group almost 3,500 years ago. Under the leadership of Moses, God had directed the Israelites to endure many hardships during their 40 years in the desert. He regularly allowed opportunities for His chosen to prove their obedience and faith through the testing of their courage and commitment.

And like Moses, at times, we get tired in the flesh and weak of heart. The travel and challenges of meeting with so many congregations, lay leaders, and pastors can be exhausting. But the most demanding experiences come from the battles we fight in winning souls for His Kingdom.

The Apostle Paul was right; we are in a spiritual battle that requires preparation and perseverance. He warns us to, “Put on the full armor of God so that you can take your stand against the devil’s schemes. For our struggle is not against flesh and blood, but against the rulers, against the authorities, against the powers of this dark world and against the spiritual forces of evil in the heavenly realms.” (Ephesians 6:11–12)

Knowing we’re in a battle, we must regularly ask God what we should do next. In Exodus 17:4–16, Moses asks God that very thing:

Then Moses cried out to the LORD, “What am I to do with these people? They are almost ready to stone me.” The LORD answered Moses, “Walk on ahead of the people. Take with you some of the elders of Israel and take in your hand the staff with which you struck the Nile and go. I will stand there before you by the rock at Horeb. Strike the rock, and water will come out of it for the people to drink.” So, Moses did this in the sight of the elders of Israel. And he called the place Massah and Meribah because the Israelites quarreled and because they tested the LORD saying, “Is the LORD among us or not?”

The Amalekites came and attacked the Israelites at Rephidim. Moses said to Joshua, “Choose some of our men and go out to fight the Amalekites. Tomorrow I will stand on top of the hill with the staff of God in my hands.” So, Joshua fought the Amalekites as Moses had ordered, and Moses, Aaron and Hur went to the top of the hill. As long as Moses held up his hands, the Israelites were winning, but whenever he lowered his hands, the Amalekites were winning. When Moses’ hands grew tired, they took a stone and put it under him, and he sat on it. Aaron and Hur held his hands up — one on one side, one on the other — so that his hands remained steady till sunset. So, Joshua overcame the Amalekite army with the sword. Then the LORD said to Moses, “Write this on a scroll as something to be remembered and make sure that Joshua hears it, because I will completely blot out the memory of Amalek from under heaven.” Moses built an altar and called it The LORD is my Banner. He said, “For hands were lifted up to the throne of the LORD. The LORD will be at war against the Amalekites from generation to generation.”

God wants His chosen to lead others into the battle. He’ll prepare us, give us boldness, and provide the necessary resources. Our responsibility is obedience to His calling. To God be the victories and glory!

How do these verses inspire you to be bold as a Christian leader? “Lead me in the right path, O LORD, or my enemies will conquer me. Tell me clearly what to do and show me which way to turn.” (Psalm 5:8 NLT)

If you’re in the midst of a battle today, ask God to guide you, give you boldness, and the support you’ll need when you grow weary.