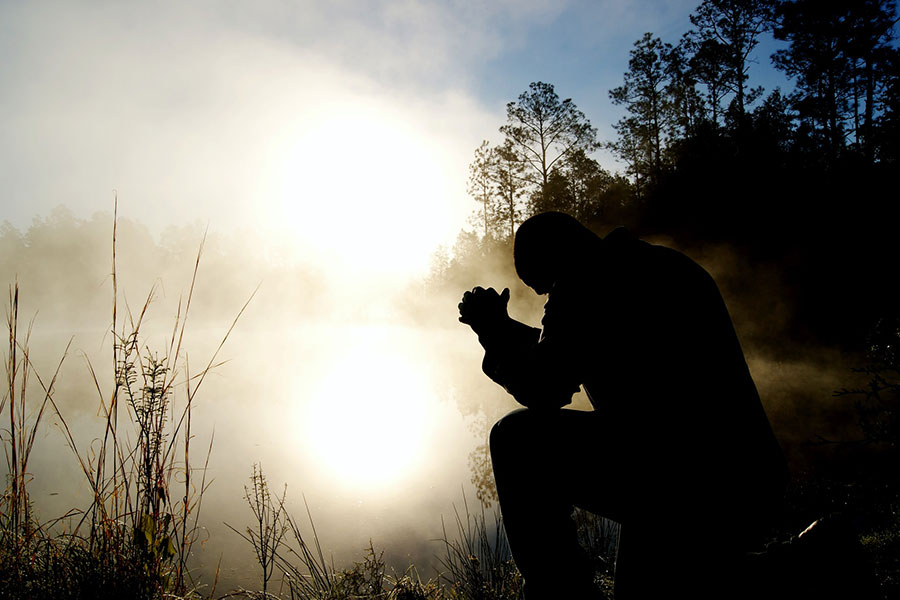 In James 2, James introduces us to two kinds of faith. The one faith is a superficial faith. It’s the kind of faith to expect when we hear someone say, “I believe there’s a God.” Or others might say, “I’m a person of faith.” And we’ve all heard the expression, “Just have faith,” when the person saying it does not have God in mind at all.

James even takes it a step further. He says, “You believe that there is one God. Good! Even the demons believe that — and shudder.” (James 2:19) So, this first kind of faith is really no faith at all, but just words. This brand of faith has no substance. It’s of no effect. It’s a sterile kind of faith.

The second kind of faith that James talks about is genuine faith. James first offers the example of Abraham to demonstrate the link between faith and action. Here’s what James says, “Was not our father Abraham considered righteous for what he did when he offered his son Isaac on the altar? You see that his faith and his actions were working together, and his faith was made complete by what he did. And the scripture was fulfilled that says, ‘Abraham believed God, and it was credited to him as righteousness,’ and he was called God’s friend.” (James 2:21–23)

We see from this passage that genuine faith has two primary qualities. First, genuine faith always results in action. It is interesting that the passage James quotes about Abraham believing God and that it was credited to him as righteousness comes from Genesis 15:6. That declaration by God occurred before Isaac was even born. But based on Abraham’s implicit trust in God, he later obeyed God when God tested him (see Genesis 22).

We must not misunderstand James. He’s not saying that salvation is by works or requires works. But in this passage, we also recognize that a superficial faith is not a saving faith either. Saving faith is always accompanied by repentance and actively embracing the grace and mercy that God extends to us through Christ. Active faith results in life change through Christ.

Second, genuine faith is centered in a personal relationship with God. Faith is not some optimistic feeling or positive self-talk directed toward an impersonal deity. Genuine faith knows the character of God intimately, so the natural result of that relationship is to trust Him. And because we trust Him, we obey Him and seek to please Him.

By contrasting these two kinds of faith, James urges us to consider the faith we claim to have in God. Is our faith based in a personal relationship with God? Do we trust Him implicitly because we know Him? And resulting from our faith and trust in Him, do we obey Him? Is our faith active, producing life change in us and working to serve others? Because “faith by itself, if it is not accompanied by action, is dead.” (James 2:17)

Consider your own kind of faith. What evidences do you have that your faith is genuine? Consciously go through the day today exhibiting an active faith based on your relationship with Christ.