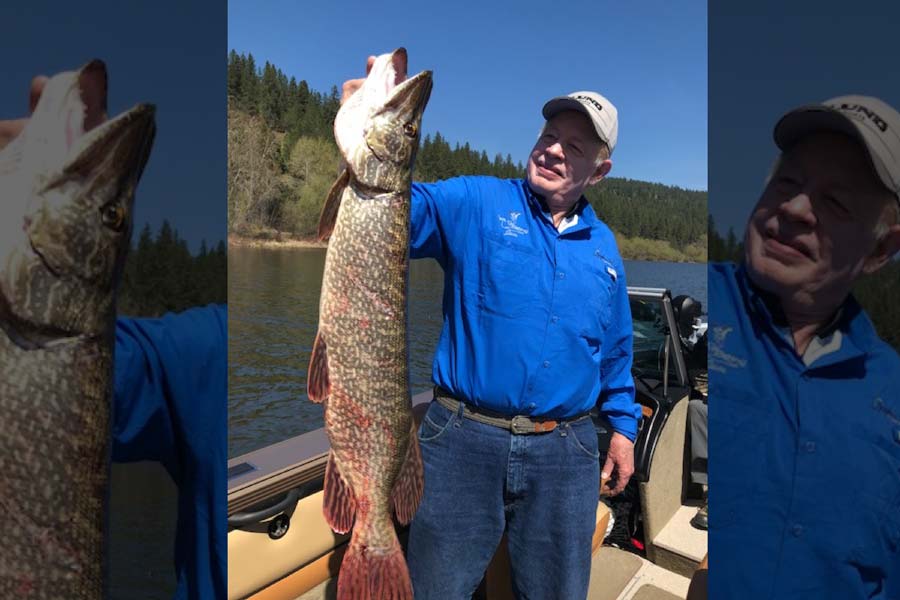 “The testing of your faith develops perseverance.” (James 1:3)

I love the Spring season. Our weather in the Northwest doesn’t permit much fishing in the winter. On a recent trip, I landed one of the biggest pike I’ve ever caught. It weighed about 15 pounds and put up a really good fight as it straightened the hooks on my small bass lure.

The pike is a unique predator. It has a prodigious appetite for live bait and is especially fond of minnows. Its snake-like body and razor-sharp teeth allow it to slither through shallow water scooping up anything in its path.

While conducting some research on this species, I found an interesting story:

A person had a large aquarium that served as a home for an adult pike. The researcher noticed that every time he put minnows in the tank the pike would quickly gobble them up. As part of an experiment, the investigator decided to slip a plate of glass into the tank separating the pike from the area where he would introduce the baitfish. He then placed some minnows on the side away from the pike.

The pike immediately swam into the glass in a desperate attempt to capture the minnows. Time after time the pike hit the glass until he finally gave up. The fish apparently concluded that the minnows were unattainable. A few days later the researcher removed the glass from the tank and allowed the minnows to freely swim about. Amazingly the pike did not molest them. The investigator realized that the pike could starve to death while being surrounded by abundant amounts of food.

This illustration reminds me of a few folks I know who give up on their goals and dreams too quickly. They quit the fight because they feel that their vision is unattainable. Dear friend, don’t give up! The writer of Hebrews reminds us to run the race with perseverance (Heb. 12:1). We are encouraged to “Watch your life and doctrine closely. Persevere in them, because if you do, you will save both yourself and others.” (1 Tim. 4:16)

Finally, Scripture tells us that if we are in the will of God and persevere, we will receive the reward (Heb. 10:36). Sometimes the reward is tangible and measurable. There are many incidents where the prize is more related to building great character in others and ourselves. This week I encourage you to keep on keepin’ on and don’t give up.

What are the challenges you are currently facing? Is God telling you not to quit? When the going gets tough what can you do to better persevere?

Besides the Word and prayer, in what other ways can you find the encouragement to keep on?