Do You Have a Living Faith?

As the body without the spirit is dead,
so faith without deeds is dead. 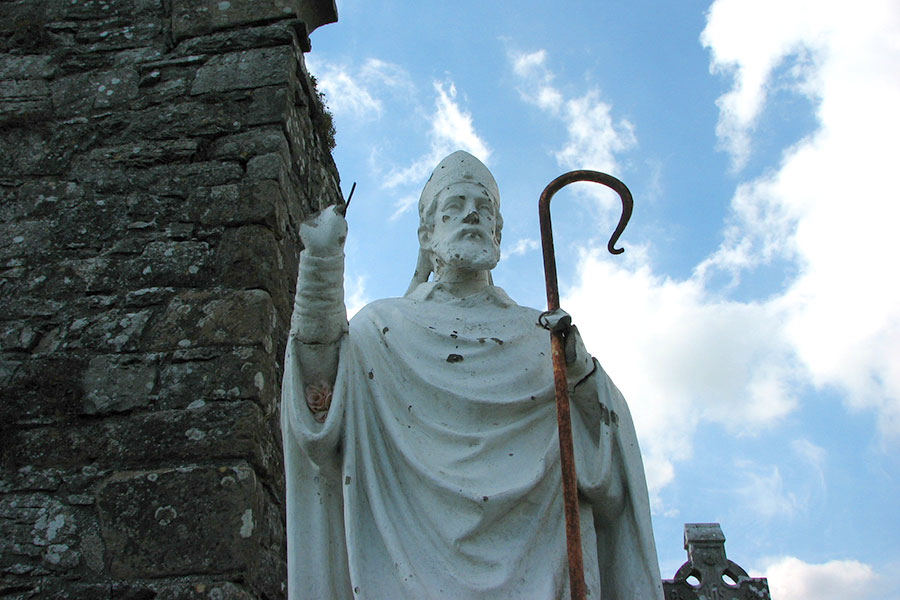 Continuing our focus on boldness, I will share a great story that is almost two thousand years old. It reminds us about the impact we can have as mentors and fathers.

During the fifth century A.D., a young lad named Patrick worked as a slave for a Druidic high priest named Milchu. Patrick had come to have a supernatural love for Ireland. It was in Ireland, where he walked the woods and mountains alone, that Patrick had come to know God personally.

He grew up in a Christian home in a British Roman settlement, but had not really embraced the faith of his family. Patrick was lonely for his family and the biblical teaching his father and grandfather had given him. Through a dream God told Patrick to escape the captivity of his master and return to England to finish his training.

After years of study, God placed upon Patrick’s heart the desire to convert his former master to his new-found faith. Unfortunately, Milchu destroyed his home and himself by burning up all his possessions before Patrick could approach him. Patrick spent some time preaching to the locals there and finding out what had happened since his initial departure. In his conversations, he learned that the high king of Ireland, King Laeghaire, would be celebrating the Druidic feast of Beltine, by attending the festival. Patrick felt led to make a statement for the power of God about the idols and occult practices that bound these people to the King.

On the eve of the festival it was customary that a huge bonfire be lit to worship the idols of the King. Patrick decided to light his own bonfire as a way to demonstrate against the King. When Laeghaire saw Patrick’s fire, he ordered it smothered. Despite the efforts of many soldiers, Patrick’s fire refused to be extinguished. Patrick gave a bold testimony for Jesus before them and refused to be silent. He reminded them of the great faith Elijah had and how he stood up to the prophets of Baal. He believed that the God Almighty, who rescued Elijah, would rescue him.

King Laeghaire became incensed and ordered his priests and soldiers to extinguish the fire and kill Patrick. In their confusion, the soldiers attacked one another, and the priests were thrown head first into the rocks. The frustrated King pulled his sword to slay Patrick, but his arm froze in the air as stiff as a statue. It stayed that way until he knelt in surrender to Patrick.

Though it is unclear how many of the details of this encounter are legend and how many actually happened, Patrick’s victory over Laeghaire and his Druids opened the political doors of Ireland to the Gospel. For the next thirty years Patrick established Christianity throughout Ireland. After planting several churches and training many priests, Patrick died around the age of seventy-two, in A.D. 461. To this day folks continue to celebrate the life of this unique man.

How much faith do you have? Is it a living faith? Are you willing to stand up for what you believe or do you just try to “blend in”… move “under the radar”? I know I’m challenged by these questions. We may never have to challenge a king or face an army for our faith, but every day we face a culture that tries to seduce us into idolatry. Let’s choose to live our faith boldly, a life of love, obedience, and truth.

How can you apply these verses to your life?

Therefore, since we have such a hope, we are very bold.

Therefore, I urge you, brothers, in view of God’s mercy, to offer your bodies as living sacrifices, holy and pleasing to God — this is your spiritual act of worship. Do not conform any longer to the pattern of this world, but be transformed by the renewing of your mind. Then you will be able to test and approve what God’s will is — his good, pleasing and perfect will.

If your faith is lacking courage, ask God to give you boldness.