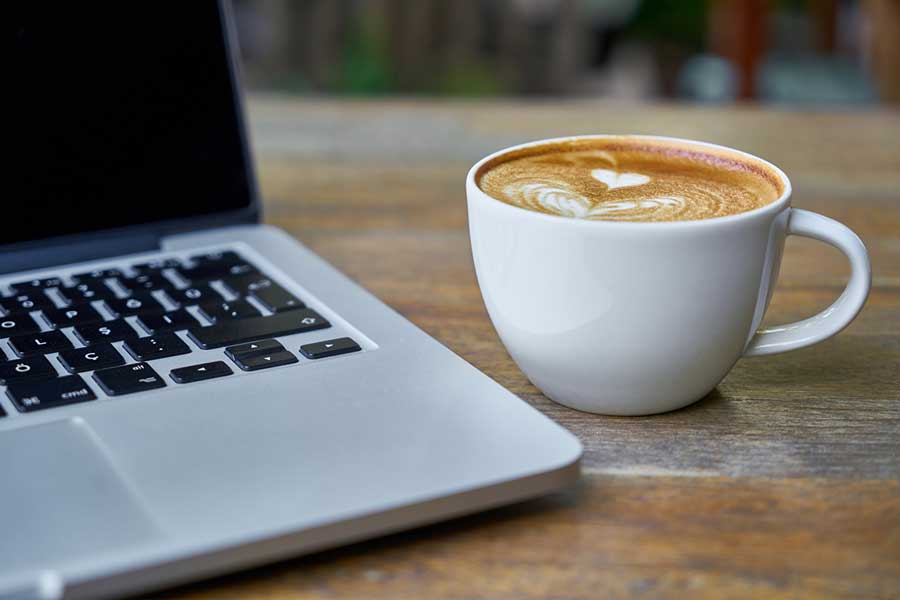 Therefore, I urge you, brothers, in view of God’s mercy, to offer your bodies as living sacrifices, holy and pleasing to God—this is your spiritual act of worship. Do not conform any longer to the pattern of this world but be transformed by the renewing of your mind. Then you will be able to test and approve what God’s will is—His good, pleasing and perfect will. – Romans 12:1-2 (NIV)

A friend of mine was experiencing difficulties in his marriage and his career. He was going through the motions of trusting the Lord for all that was happening in his life, but he felt defeated and abandoned.

During this particularly dark time in his life, he was visiting his daughter who lived near Chicago. She picked him up at the airport and then drove him downtown to see the sites. That afternoon they stopped at a coffee shop in downtown Chicago before driving home to one of the suburbs.

They had just reached his daughter’s home when my friend realized that he had forgotten his laptop at the coffee shop in Chicago! He was beside himself with worry and fret. Added to everything else he was struggling with, this did him in. He admits that he had already resigned himself to the probability that his laptop was gone.

Frantically, he called the coffee shop, and to his amazement, a barista said she had his laptop and would hold it for him until he arrived. Somewhat relieved, but still feeling sorry for himself, he and his daughter made their way back to Chicago and to the coffee shop.

When they arrived, my friend burst through the door, ran to the counter, and told them that he was the guy who had forgotten his laptop. The barista asked him to wait while she retrieved it from the back office.

When she returned, she began to hand the laptop to him over the counter as he gratefully reached for it. But she held it back, looked him in the eye and said, “God is very merciful to you!” Stunned, my friend just looked at her for a moment. Then he reached once again for his laptop. But again, she pulled it back and said loudly, “No, listen! God is very merciful to you!” And then she handed him his laptop.

At that, my friend broke down and sobbed. If you had asked him before this incident whether he was surrendered to Christ, he would have said, “Yes, of course.” But in this divine moment, he realized the extent to which he had pushed God away, had been sulking in self-pity and was trying to make do on his own.

For those of us who are used to “being in-charge” it can be difficult to surrender everything to our Lord. We tend to hang on to things with a grip of uncertainty and fear. But God wants us to trust Him with every aspect of our lives, our loved ones, and our possessions.

Meditate on this Scripture:

Trust in the LORD with all your heart and lean not on your own understanding; in all your ways acknowledge Him, and He shall direct your paths. – Proverbs 3:5-6

What are you currently holding back from the Lord? What will it take for you to trust Him fully and completely surrender to Him?