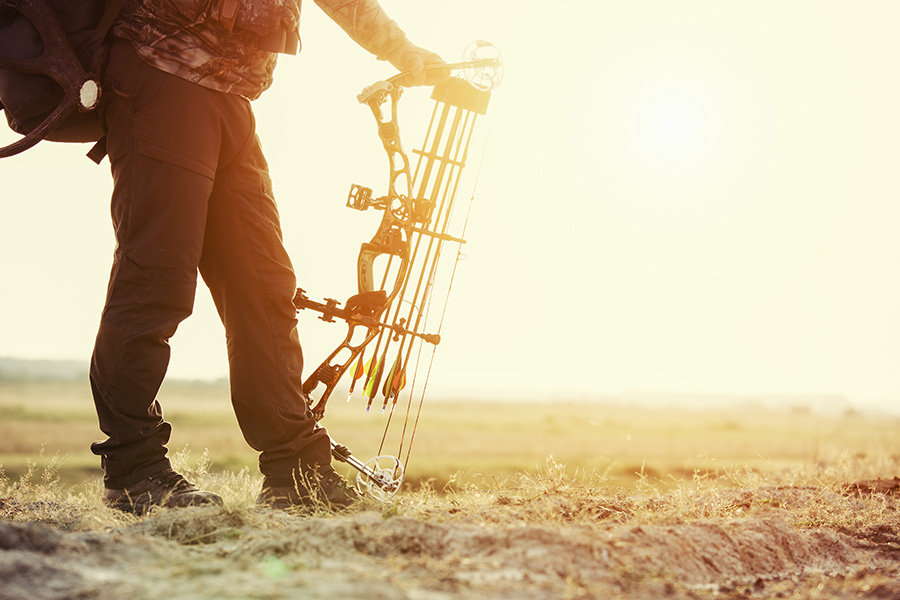 In 1985 Bill Rhodes of North Huntingdon Township in Pennsylvania was on a roll. He was on the cutting edge of medical science as a technician and operator of heart and lung machines. His wife Marcia was a special education teacher who also brought home a good salary. The Rhodes were card-carrying members of the American dream and middle-class suburbia.

As an avid archer, Bill was setting local archery records by shooting at least one-trophy buck four years in a row. Then on that fateful day in July 1985 Bill took a short motorcycle ride on his brother’s bike. As he rounded a corner approach to a bridge, he knew he was in trouble. He misjudged his speed going into the curve and hit his right shoulder on a large girder. In a split second, the nerves in his right arm were torn away from his spinal column. The resulting paralysis was immediate, permanent, and life changing. After three life-saving operations, Bill faced his long recuperation with thoughts of despair, denial, and deep grief. “You mourn the loss of your arm the way you would the death of a friend or a family pet,” states Rhodes.

As Bill began to wrestle with God in prayer over his situation, he realized that God wasn’t through with him yet. Despite the fact he lost his occupation, altered his physical appearance and now was unable to do all the things he used to do, he was determined to move ahead with life. Bill claimed God’s promises, “I can do all things through Him who strengthens me.” (Philippians 4:13)  With that assurance he began to think about his favorite pastime—archery. He contacted another disabled person who told him how to modify a compound bow to accommodate a nylon month piece on the string. By using his teeth and a modified anchor point, Bill now shoots a 60-pound compound bow and is again taking some nice deer.

Each time he pulls back the bowstring and feels the power of the draw, he is reminded of God’s power. Bill now appropriates God’s strength in place of his energy.

King David was no stranger to pain, anxiety, suffering, threats, fear, and despair as the lines in this Psalm testify to. “God is our refuge and strength, an ever-present help in trouble. There we will not fear, through the earth give way and the mountains fall into the heart of the sea, though its waters roar and foam and the mountains quake with their surging.” (Psalm 46:1-3) We have a BIG God! Whatever it is we’re going through; God is infinitely bigger. His grace is more than sufficient to deal with any and every challenge

Personal Application: What challenge are you currently facing that you can trust God with? Make David’s prayer in Psalm 46 your own and trust the Lord with your situation. Ask Him to align your emotions and responses with the reality of His presence and power in your life.