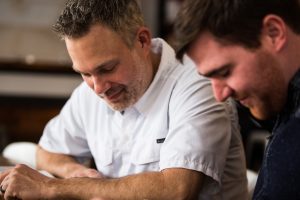 The Old Testament prophet Elijah was a man who felt deeply. Despite his tremendous victory with God on Mount Carmel, he later allowed himself to be influenced by those who were attacking him. It was at Carmel that the prophet used the power of God to help put down the gods of Baal. He had taken a stand against 450 prophets of Baal and King Ahab, but he stood his ground and relied on the power of God Almighty—and God responded. God sent fire from heaven that consumed Elijah’s slain bull on an altar that had been soaked with buckets of water. A definite miracle had occurred before thousands of onlookers.

Elijah’s faith and actions on Mount Carmel outraged Queen Jezebel. She ordered her army to hunt down Elijah and kill him, so Elijah, “went a day’s journey into the wilderness, and came and sat down under a broom tree. And he prayed that he might die, and said, ‘It is enough! Now, LORD, take my life, for I am no better than my fathers!”‘ (1 Kings 19:4).

Elijah became more despondent and disheartened. Then God spoke to him, “What are you doing here, Elijah?” (v. 13). Elijah poured out his grief to the Lord, and God told him to go back the way he had come; God had already prepared seven thousand people who had not bowed down to Baal and would join Elijah, following the call of God upon their lives.

God knew that His prophet was feeling alone and over­ whelmed, but He wanted Elijah to persevere. There was work for Elijah yet to do! When we’re feeling alone and without direction, we need to answer God’s question to Elijah: “What are you doing here?” God has you right where you are for a reason. He has a job yet for you to do—a job you’re missing because you’re too worried about “what’s next” instead of “what’s now.” Sometimes the job God has for us to do right now is simply to wait. That is often the toughest assignment of all.

Those of us mentoring other men need to remind them that God needs and wants them involved in the battle. Satan attacks and distracts, which can render the most productive ambassador useless if we allow our hurts and pains to preoccupy our emotions, thus creating both emotional and physical handicaps that get in the way of being a conquering warrior for Jesus. Despondent guys need to realize that giving up isn’t an option. Like Elijah, we need to physically rest, pray, listen to our encouragers, and, with the power of the Holy Spirit, move forward. As we pray for God’s direction, let’s remember to listen to His promises and review the past miracles and blessings in our lives. We never stand alone with God. He is our rock, our fortress, our redeemer, and our strength.

Taken from Building a Ministry of Spiritual Mentors, by Jim Grassi