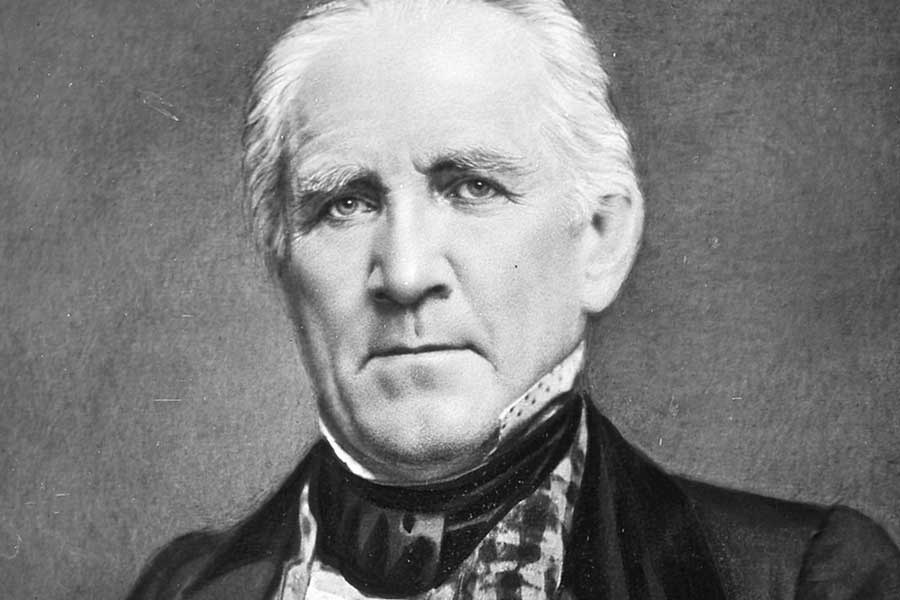 From Texas history comes the story of the conversion of Sam Houston. At one time, the Texas hero was called “The Old Drunk.” While he was governor of Tennessee, his wife left him. In despair, he resigned as governor and tried to escape his problems by going to live among Cherokee Indians. He stayed drunk much of the time. It is said that the Indians, as they walked through the forest, would have to move him out of the path where he lay in a stupor.

Later, he went to Texas, where he became the great hero of the Texas revolution when he routed General Santa Ana’s Mexican army. Houston’s battle cry, “Remember the Alamo!” helped win independence for Texas. He later married the daughter of a Baptist preacher and trusted Christ, but he still had some of his old tendencies. One day as he rode along a trail, his horse stumbled. Houston spontaneously cursed, reverting to his old habit. Immediately he was convicted of his sin. He got off his horse, knelt on the trail, and cried out to God for forgiveness. Houston had already received Christ, but God was teaching him to live in fellowship with Him moment by moment. And as soon as the Holy Spirit made Sam Houston aware of his sin, he confessed it.

True Christianity is something that isn’t added to our lives for name identification or social status. It is, in fact, something that becomes our lives. If we have a real passion for God’s word and allow the Holy Spirit to embrace our hearts, we will periodically feel the conviction of the Holy Spirit upon our hearts. “When He comes, He will convict the world of guilt regarding sin and righteousness and judgment:” John 16:8 (NIV)

It is comforting to know that God isn’t through with any of us yet. We are all in process of refinement. There are days I feel that God must wonder how much more refining needs to be done to get Jim where I want him to be.

God desires fellowship with His creation. He desires that we be in the world but set-apart from letting the world run our lives. Our Father seeks people who impart righteousness (holy and upright living, in accordance with God’s standard).

The Apostle Paul tells us, “Being fully persuaded that God had power to do what He had promised. Therefore ‘it was credited to Him as righteousness.’ The words ‘it was credited to Him’ were written not for Him alone, but also for us, to whom God will credit righteousness—for us who believe in Him who raised Jesus our Lord from the dead. He was delivered over to death for our sins and was raised to life for our justification.” Romans 4:21-25 (NIV)

I don’t often talk about guilt, shame, or conviction. I believe many of us get enough of that from memories of our past or legalistic Christians. The greatest thing about thinking about our past sins is knowing that for those who trust in Him and call upon His name, they will be saved from their trespasses. Grace is unmerited favor that only a Holy and Forgiving God can provide.

“For the grace of God that brings salvation has appeared to all men. It teaches us to say ‘No’ to ungodliness and worldly passions, and to live self-controlled, upright and godly lives in this present age, while we wait for the blessed hope—the glorious appearing of our great God and Savior, Jesus Christ,” Titus 2:11-13 (NIV)

What does God’s grace mean to you?