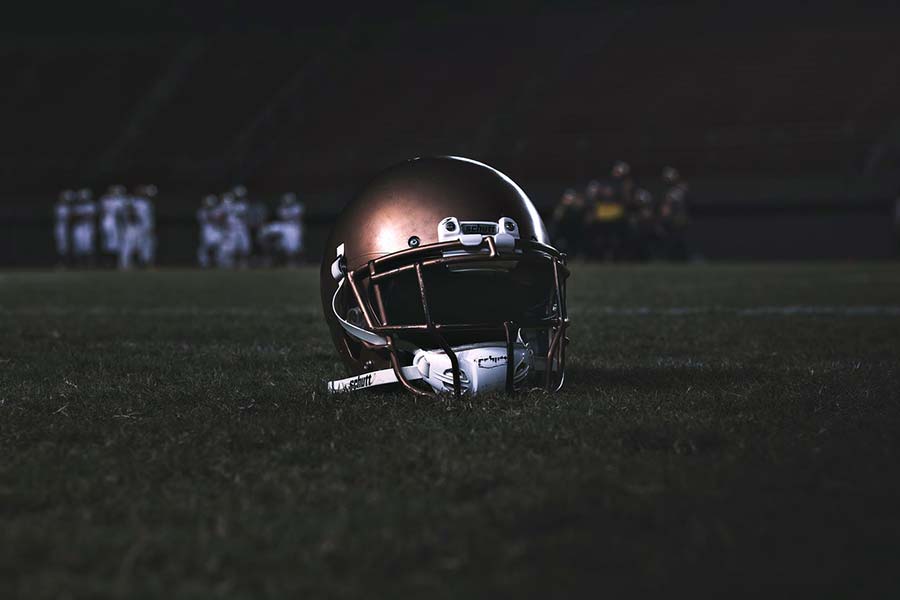 Football has long been considered “The Game of Life” by many who philosophize. Dr. Larry Wilhite, a management consultant, supports that theory.

Larry’s first experience playing organized football came his freshman year of high school, in a small Idaho town, with only about 25 boys eligible to play varsity. He was big for his age — 220 pounds and six feet tall! Bucking hay bales for his uncle during the summer, he had developed muscles in places most kids just dreamed about. But he was just like any other kid his age, wanting to look and be like someone else.

Given the sparse pickings, Larry was a welcomed sight when he turned out for the varsity team and began preseason conditioning. He knew little about football, but his enthusiasm and drive made him extremely coachable. If his coach said, “Jump,” he’d ask, “How high?” and double his efforts on the way up. He took in the coach’s game philosophy, too: “The first hit is the most important hit of the game. Hit the other guy harder and more times than he hits you. Do your job better than the other guy 85% of the time, and you will win!”

Building up the team’s confidence and courage, the coach also warned them that the game isn’t without pain and sacrifice. Especially with their limited numbers, they should be prepared to play hurt. Larry understood and was eager to do his best.

As the first gameday approached, it was time to gear up. Most of the equipment was hand-me-down, and the freshmen had last pick. Everything about Larry’s uniform was wrong. His shoulder pads were half the size he needed, and the helmet was so big it wobbled when he ran! Despite all this, on game day, Larry was ready.

The game began with a flurry, and soon he had his first big hit on the opposing lineman. But as the pile of players began to unfold, he knew something was wrong. He couldn’t see out of his left eye and had tunnel vision in the right eye. He thought he was probably hurt badly but determined to press on. Feeling his way to the next play, suddenly he heard the coach bark, “Wilhite! Turn your helmet around! You’re looking through the ear hole!!”

Though he may have had a lot to learn about football and the proper use of his gear, Larry learned a great deal about life that day! He learned that attitude has a powerful impact on how well you do.

Chuck Swindoll said, “I am convinced that life is 10% of what happens to us and 90% how we react to it.” On the first play of each day, let’s project our best attitude, and sustain it at least 85% of the time — even when we’ve “gotta play hurt!”