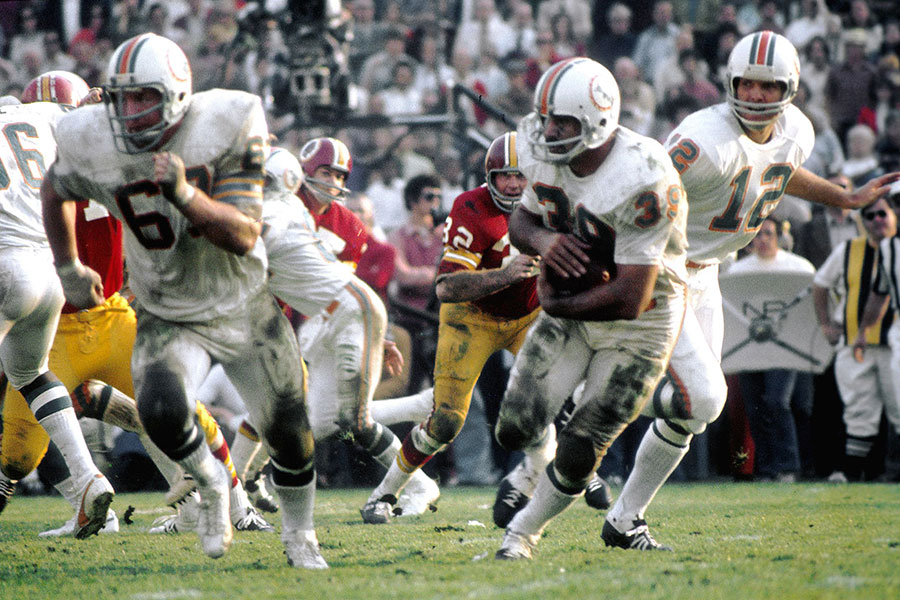 When the Miami Dolphins beat the Washington Redskins 14–7 in Super Bowl VII, they wrapped up a Perfect Season. No one could believe it! In fact, Miami’s domination in the early 1970’s was unparalleled in professional football. They were an absolutely amazing team.

Norm Evans, president and founder of the Professional Athletes Outreach, and former All-Pro right tackle, provided me with some great insights into how Miami built such a terrific team. “Our preparation for the Super Bowl run came when Head Coach Shula and Offensive Line Coach Monte Clark came on board in 1970.” The six-foot-five-inch-248-pound former linemen told me that Shula knew every aspect of the game and instilled a sound work ethic in the men. He expected greatness and would not settle for mediocrity.

Shula and Clark began an intense program that built a real “esprit d’ corps” among the players. Evans recalls, “Coach Clark insisted upon the offense line hanging out together during our off times. He believed that once we got to really know and respect each other we wouldn’t want to let the other guy down.”

To develop a truly great team, Shula took advantage of this professional pride and encouraged players to help one another become even greater. His definition of team didn’t include the personal pronoun “I”. He believed the team was never going to be better than its weakest link. Each player was expected to know his responsibilities on each play, but Shula also made them learn each other’s assignments as well. He felt this would build accountability and unity.

If you study game films from that Perfect Season, you can see the intensity and pride each player had in his performance. They worked together as a finely tuned machine. The team’s cohesiveness and unity allowed them to make the most of each play called.

The foundation had been laid for that Perfect Season. In 1972, the lack of serious injuries to key players, the fact that the team was fundamentally sound, and the excellent physical conditioning just proved too much for all their opponents. They won every game.

Although the Dolphins played what we call a “perfect season,” they weren’t perfect. Passes were missed, blocks fell short, fumbles were made, and handoffs were missed, yet they still won. We aren’t perfect either. There are plenty of times we’ll fail, but in Christ and truly working together we will win. We can win over temptation and sin, and we can win the battle for other’s souls as we share the Gospel with them. “In Christ, we are more than conquerors.”

As followers of Christ, we are God’s team and we can learn a lot from that perfect season. And the stakes we’re working with are much greater than those of a game of football.

What can you take away from this devotional in terms of your role as a member of the body of Christ? Who around you needs your “team” support right now?