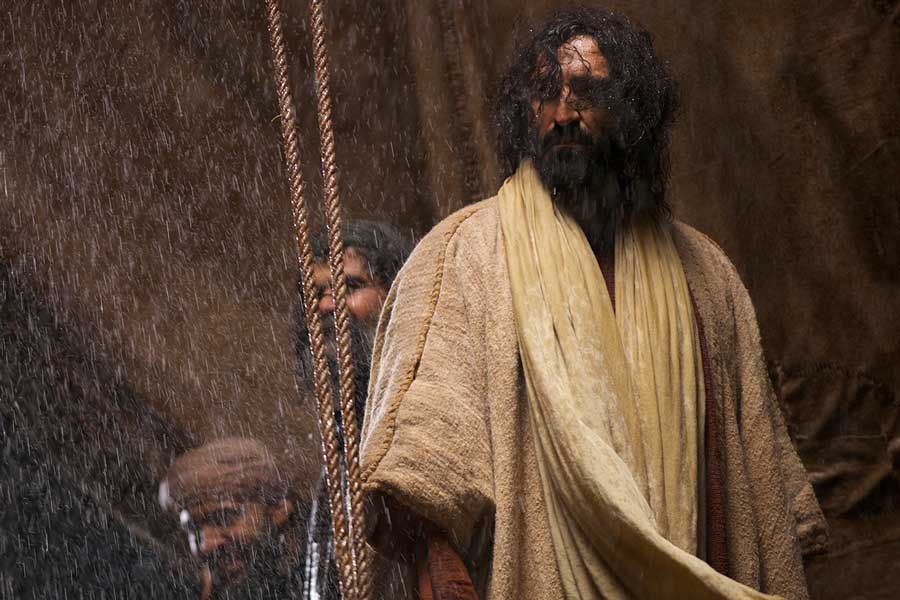 God tells us to put our trust in Him. That is not always easy. The following story from Scripture helps us appreciate that trusting is a byproduct of a growing faith.

That day when evening came, he said to his disciples, “Let us go over to the other side.” Leaving the crowd behind, they took him along, just as he was, in the boat. There were also other boats with him. A furious squall came up, and the waves broke over the boat so that it was nearly swamped. Jesus was in the stern, sleeping on a cushion. The disciples woke him and said to him, “Teacher, don’t you care if we drown?” He got up, rebuked the wind and said to the waves, “Quiet! Be still!” Then the wind died down and it was completely calm. He said to his disciples, “Why are you so afraid? Do you still have no faith?” They were terrified and asked each other, “Who is this? Even the wind and the waves obey him!” Mark 4:35-41 (NIV)

Even when circumstances seem to dictate something different we are encouraged to trust God. It is our Lord who can help still the raging waters in our life. His peace and presence are with us always.

This little hunting fable about Three Bullets also reminds us of the importance of trust:

There once was a man who had nothing for his family to eat. He had an old rifle and three bullets. So, he decided that he would go out hunting and kill some wild game for dinner. As he went down the road, he saw a rabbit. He shot at the rabbit and missed it. The rabbit ran away.

Then he saw a squirrel and fired a shot at the squirrel and missed it. The squirrel disappeared into a hole in a cottonwood tree. As he went further, he saw a large wild “Tom” turkey in the tree, but he had only one bullet remaining. A voice spoke to him and said, “Pray first, aim high and stay focused”.

Still, the voice said again to him, “I said ‘Pray, Aim high and Stay focused.’” So, the man decided to listen to God’s voice. He prayed, then aimed the gun high up in the tree and shot the wild turkey. The bullet bounced off the turkey and killed the deer.

The handle fell off the gun and hit the snake in the head and killed it. And, when the gun had gone off, it knocked him into a pond. When he stood up to look around, he had fish in all his pockets, a dead deer and a turkey to eat for his family. The snake (Satan) was dead simply because the man listened to God.

Moral of the story: Pray first before you do anything, Aim and shoot high in your goals, and stay focused on God. Never let others discourage you concerning your past. The past is exactly that, the past. Live every day one day at a time and remember that only God knows our future and that he will not put you through any more than you can bear.

Do not look to man for your blessings, but look to the doors that only He has prepared in advance for you in your favor. Wait, be still and patient: keep God first and everything else will follow.

What does it mean for you to trust in God’s word, in the promptings of the Holy Spirit, in godly wise counsel, in the life of His Son, and in the legacy of how God has worked in your life?

Scripture reminds us, And again, “I will put my trust in him.” And again, he says, “Here am I, and the children God has given me.” Hebrews 2:13. How can you apply that to your current circumstances?