Dr. James (Jim) Grassi is the Founder and President of the culturally strategic Men’s Ministry Catalyst and Let’s Go Fishing Productions Foundation.  As an award-winning author and communicator, he emphasizes evangelism and discipleship (spiritual mentoring) in his messages, teachings, writings, and social media content.  He has been on the frontlines of ministry to men since 1981. In a fresh and dynamic approach to presenting the Gospel, Jim utilizes his background as a business leader, hall-of-fame outdoorsman and writer, college professor, and international speaker to discuss timely topics that impact his audiences.   His passion is to help develop spiritual mentors who want to fulfill The Great Commission (Matt. 28:18-20). In the capacity of a volunteer chaplain, he is being utilized by police and fire departments and professional football teams as a character coach and spiritual motivator.

Jim is the Founder/President of the culturally relevant and biblically-based Men’s Ministry Catalyst, an organization he incorporated in 1981.

He is an award winning author of thirteen books, including: 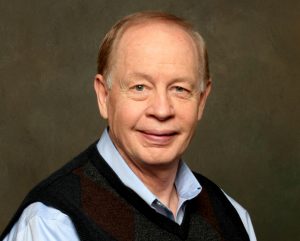 ManUp! MMC’s radio program will inspire, equip, encourage, and engage men on timely topics so that they might become better husbands, fathers, and men of God.

Jim is a member of the following associations:

Jim was born and reared in the San Francisco Bay Area and received his B.S. in Recreation/Park Administration, an M.P.A. from California State University-Hayward, and a Doctor of Ministry from Columbia Evangelical Seminary. Jim and his wife, Louise, make their home in Post Falls, Idaho. They have two grown sons in full-time ministry, Dan and Tom.

“Dr. Jim Grassi has made an outstanding contribution that will assist churches with biblical thinking, practical tools, and innovative resources that empower men while challenging them to become disciple-making mentors.”

Considered one of the most versatile outdoorsman in America, he is in high demand to be the Master of Ceremonies for sport shows, television programs, corporate meetings and hunting/fishing events. He utilizes his vast international fishing and hunting experiences as metaphors and anecdotes in his talks and writings to both secular and Christian groups. He has authored four books and several messages that utilize fishing and hunting real life experiences to connect people with biblical thinking. Jim’s motivational approach coupled with his wisdom, contagious enthusiasm, and sense of humor connect with people of various cultures and backgrounds.

The National Freshwater Fishing Hall of Fame short list of 2007 Inductees included Dr. Jim Grassi, a resident of Post Falls, Idaho. From the estimated 40 million fishermen in the country Jim was acknowledged by his peers for his accomplishments as a researcher, educator, outdoor writer, tournament fishermen, television fishing program co-host, and tackle designer. Being selected by this prestigious organization as one of approximately 380 anglers to be inducted into the Museum Rotunda located in Hayward, Wisconsin is a great honor.

Jim has taken some world-class animals with his bow. He is a member of Safari Club International and has placed several animals in the SCI Record Book – Top 10.