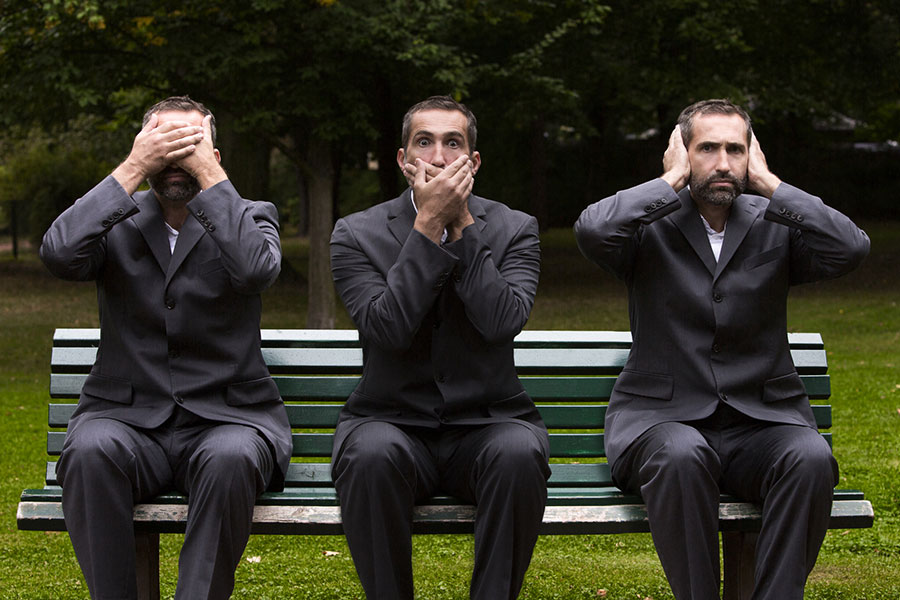 In the first three chapters of Romans, the apostle Paul names three kinds of broken people. First, he introduces the ungodly. These people “suppress the truth by their wickedness. And although they knew God, they neither glorified Him as God nor gave thanks to Him.” They “claimed to be wise but became fools and exchanged the glory of the immortal God for images” of God’s creation. (Romans 1:18, 21–23)

The ungodly are so rebellious and determined to defy God that He has given them over to the sinful desires of their hearts. They not only practice evil continually, inventing new ways to express their sin, but they seek recruits, and celebrate their immorality.

After describing the ungodly, Paul transitions to the next type of person in chapter two: the morally self-righteous. “You, therefore, have no excuse, you who pass judgment on someone else, for at whatever point you judge another, you are condemning yourself, because you who pass judgment do the same things.” (Romans 2:1)

The morally self-righteous think they will escape God’s judgment. They’re the people who say things like, “I’m not so bad. I’m basically a good person. I think God will let me into His heaven.” But in relying on their own puny estimation what true righteousness is they “show contempt for the riches of God’s kindness, forbearance and patience, not realizing that God’s kindness is intended to lead them to repentance.” (Romans 2:4)

The morally self-righteous are “storing up wrath for themselves” for the day in which God will judge all people. They too will receive punishment for their sin. (Romans 2:5–6)

The third kind of person Paul talks about are the religious. He uses his own people, the Jews, as examples of the religious. They rely on the religious relics and practices as a show of their piety, but that’s all it is — an outward show lacking any inner substance. In fact, “God’s name is blasphemed among the Gentiles because of them.” (Romans 2:24) The religious seek praise from men, rather than from God.

Finally, in chapter 3:9–10, Paul concludes his discussion of the ungodly, the morally self-righteous, and the religious: “Jews and Gentiles alike are all under the power of sin. As it is written: ‘There is no one righteous, not even one.’” But Paul doesn’t leave us in this hopeless, lost condition.

“God presented Christ as a sacrifice of atonement, through the shedding of His blood — to be received by faith.” (Romans 3:25) Through faith in Jesus Christ and His atoning sacrifice, God declares us righteous, whether we are ungodly, self-righteous, or religious. We all need Jesus!

Which of the three types of people represented you before you came to Christ? Spend time thanking and praising God for His forgiveness and gift of righteousness through Jesus Christ.