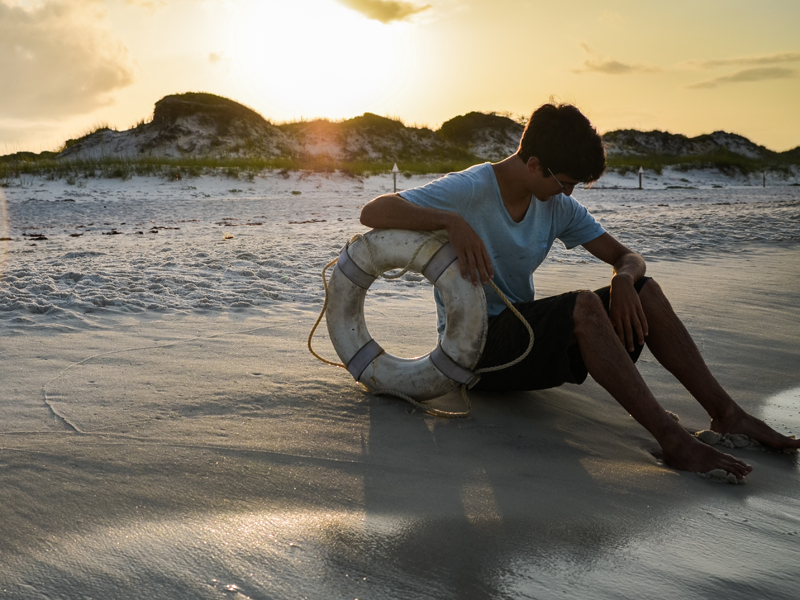 One of my all-time favorite songs, Three Crosses, was recorded by country singer Randy Travis. This song won “Best Song of the Year” in four major awards ceremonies. People really responded to the lyrics that contained a story about the grace it took from a dying pastor to pass along “his blood stained Bible to a hooker”. Because of this gesture, it changed the woman’s life and her son became a preacher.

What does it cost to reach a person for Christ’s sake? Most of us would respond by saying, “well it depends”. Some people feel that sharing Scripture with the guys at work is about the extent of the risk-taking they are willing to consider. Another person might believe that writing a check to a struggling overseas missionary would be a meaningful thing to do. Still others would state that teaching a Sunday school class for six months with six grader boys is enough sacrifice.

Think about the sacrifice and cost the pastor in the following story was willing to make in order to save one soul.

After a few of the usual Sunday evening hymns, the church’s pastor slowly stood up, walked over to the pulpit and introduced the visiting preacher. In his introduction, the pastor told the congregation that the guest minister was one of his dearest friends and that he wanted him to have a few moments to greet the church and share whatever he felt would be appropriate for the service. With that, an elderly man stepped up to the pulpit and began to speak.

The old preacher carefully adjusted the microphone, cleared his voice and said, “A father, his son, and a friend of his son were sailing off the Pacific Coast when a fast approaching storm blocked any attempt to get back to the shore. The waves were so high that even though the father was an experienced sailor he could not keep the boat upright. A big wave capsized the boat and swept the three men off the deck into the ocean.”

The old man hesitated for a moment, making eye contact with two teenagers in the front row who were becoming interested in the story. The aged minister, speaking in a calm manner, continued the story:

“Holding on to the over-turned boat the father grabbed a floating rescue line. It was then that the father had to make the most excruciating decision of his life. To which boy would he throw the other end of the life line? He only had seconds to make the decision. The father knew that his son was a Christian and he knew that his son’s friend was not a believer and struggled with spiritual truth.

The agony of his decision could not be matched by the torrent of waves. As the father yelled out, ‘I love you SON!’ he threw out the life line to his son’s friend. By the time the father had pulled the friend back to the capsized boat, his son had disappeared beneath the raging swells into the black of night. His body was never recovered.”

By now the two teenagers in the front row of the church were sitting up straight in the pew, anxiously waiting for the next words to come out of the old minister’s mouth. The minister continued: “The father knew his son would step into eternity with Jesus and He could not bear the thought of his son’s friend stepping into an eternity without Jesus. Therefore, he sacrificed his son to save the son’s friend. How great is the love of God that He should do the same for us? Our Heavenly Father sacrificed His only begotten son so that we could be saved. If you haven’t already accepted Jesus as your personal Savior, I urge you to accept God’s offer to rescue you and take a hold of the life line He is throwing out to you today!”

With that the old man turned and sat back down in his chair as silenced filled the room. The pastor slowly walked to his pulpit and delivered a brief sermon with an invitation to accept Christ at the end. Within minutes after the service ended, the two teenagers went up to their pastor and stated, “That was a nice story the older guy told.” Politely one of them asked their young pastor a question, “I enjoyed the story but it’s a little unrealistic to expect that a father would not save his own son with the hope the boy’s friend might become a Christian.”

“Well, you’ve got a point there young man”, stated the pastor. As a broad smile came across his face, he looked deep into the boy’s eyes and said, “It sure isn’t very realistic, is it, but I’m standing here today to support this story because that old man made the decision to save ME.”

Aren’t we glad God was willing to sacrifice His Own Son for our sin? Praise God for His grace, goodness, and mercy.

Personal Application:
1. What things come to mind when you recount the sacrifice God made on Calvary’s Cross for you?

2. Have you considered Romans 12:1 as you think about sacrifice? “I beseech you therefore, brethren, by the mercies of God, that you present your bodies a living sacrifice, holy, acceptable to God, which is your reasonable service. And do not be conformed to this world, but be transformed by the renewing of your mind, that you may prove what is that good and acceptable and perfect will of God.”

3. Each day we are challenged to be a “living stone.
Coming to Him as to a living stone, rejected indeed by men, but chosen by God and precious, you also, as living stones, are being built up a spiritual house, a holy priesthood, to offer up spiritual sacrifices acceptable to God through Jesus Christ. 1 Peter 2:5