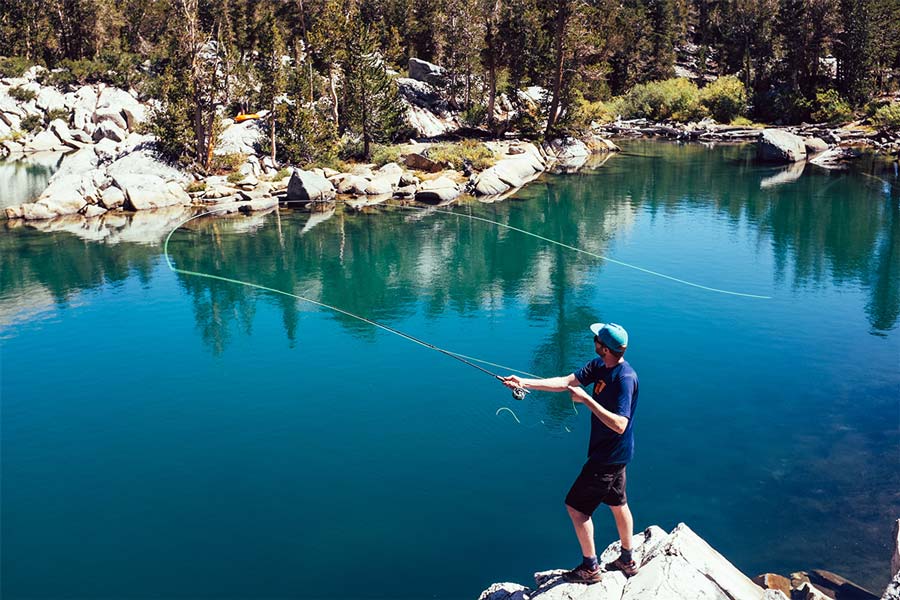 Among my many outdoor pursuits is fly fishing. Northern Idaho has a number of Blue Ribbon streams that cover the area like a large spider web. Fly fishing is considered by most anglers as the ultimate experience in luring a fish to take your offering.

In my library are several books that talk about the art of angling. Interestingly enough, angling is not a new endeavor, but is spoken about in several places in the Bible. Remember Jesus asked Peter to cast his line into the water to catch a fish that had a silver coin in its mouth, the annual temple tax – a stater – that would pay the fee for Jesus and Peter (Matt. 17:24-27).

In the second-century AD, a Greek writer Aelian wrote about a way to catch a fish. “Between Boroca and Thessalonica runs a river called the Astraeus, and in it, there are fish with spotted skins (most likely trout).” He suggested to the fishermen of that day a lure “to help snare the fish, by which we get the better of them”. Aelian fastened a piece of crimson red wool around a hook and attach two feathers to it. Apparently, the fish were very attracted to the color and movement believing it was a mouthful. (On the Nature of Animals)

Today, some 2,000 years later, fishermen are still using this lure (fly). It is called the Red Hackle. Isn’t it interesting how often things of the past are still valuable today. In this fast-paced, instant everything, push a button society that many answers we seek to resolve problems and issues of life are things still found in God’s word. The same truths that transformed kings and kingdoms thousands of years ago are still relevant to our lives today.

In Mark 5 we read about how a man, a ruler of the synagogue, pleaded with Christ to heal his daughter who was at the point of death. He asked Jesus to “Come and lay hands on her, that she may be healed and she will live.” Friends of the man came and said she was already dead so he shouldn’t trouble the Teacher any further. Jesus said to the ruler, “Do not be afraid; only believe.”
After Christ took the mother and father into the room of the dead child, he said, “Talitha, cumi”, which translated, “Little girl, I say to you, arise.” Immediately the girl arose and walked. The same Jesus who healed that girl, restored health to so many others, gave sight to the blind, encouragement to the downtrodden, and conquered death on Calvary’s cross is still with us today.

According to Scripture (Acts 1), the Holy Spirit is present and available to those who believe. Whenever people or circumstances make us feel inadequate, fearful, or anxious, God offers His children the courage, strength, and boldness to walk without fear — to apply the name of Jesus without hesitation or fear. When we approach challenges and fear with faith in Him who is able, as with Peter and John, we may take note that “we have been with Jesus” (Acts 4:13).

How can we pray for you today? Send your confidential request to me at lgfjim@frontier.com