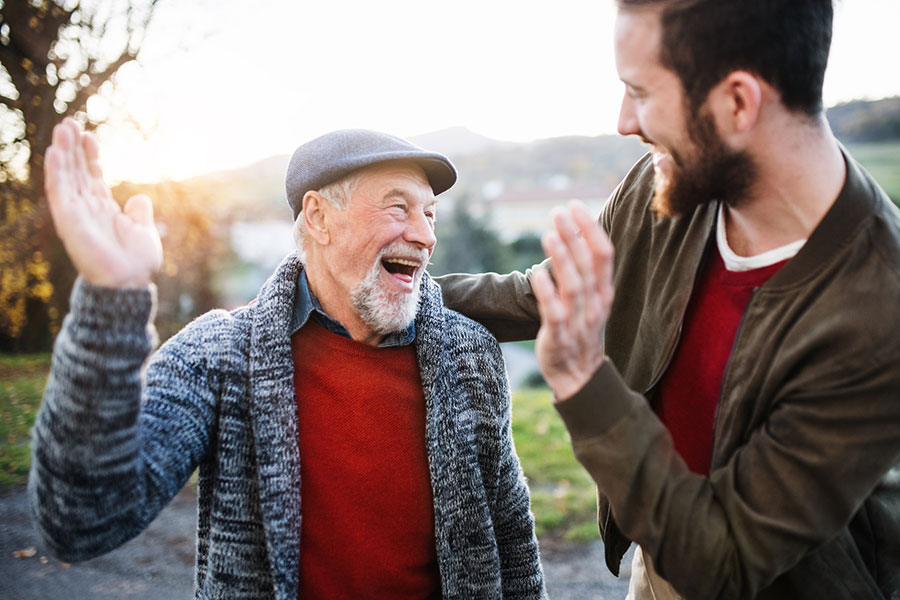 I have enjoyed the pleasure that came from several friends and mentors in my life who were in their later years. I remember a dear acquaintance that allowed me to do my college internship that turned into a full-time job with the East Bay Regional Park District in California. He also hired me to replace him when I came to Moraga, CA, to serve for ten years as Deputy Town Manager. In his late 70’s he went on to be distinguished as the California Director of Parks and then the National Parks Director under President Ronald Reagan.

I had another mentor for over forty-five years who upon retirement served at his church in various capacities until the Lord called him home in his 80s. And I think of another godly man who has impacted my life. At the age of 90, he is still going strong and flies his Citation Jet and heads a large company.

During King David’s time there was a great man named Barzillai. Barzillai had provided for David when he fled from his son Absalom. At eighty years of age, he supported David as David returned to Jerusalem after Absalom was killed. David asked Barzillai to return with him to Jerusalem so he could provide for him in his old age, but Barzillai declined David’s offer, saying that he wished to spend his final days at home. Barzillai serves as a symbol for those many Christian seniors who give generously to God’s work. Most churches and Christian ministries today could not continue without the totality of the dedication and determination of these senior committed Christians sharing their gifts and talents.

Many older believers contribute not only with their wealth but with their time. Every year, older adults contribute billions of hours of service in their communities, saving many billions of dollars in labor costs. But many churches and Christian enterprises are stalling out. Approximately 3,700 churches close each year, and up to half are failed church-plants. We need those physically capable seniors to become people like Barzillai.

The Bible encourages us in many ways to be servants for the King. “Do not be afraid; do not be discouraged, for the LORD your God will be with you wherever you go.” (Joshua 1:9) God will finish what He started, for Scripture says, “Being confident of this, that He who began a good work in you will carry it on to completion until the day of Christ Jesus.” (Philippians 1:6) You and I can only do so much, but God can do the impossible, and he is not through with you yet.